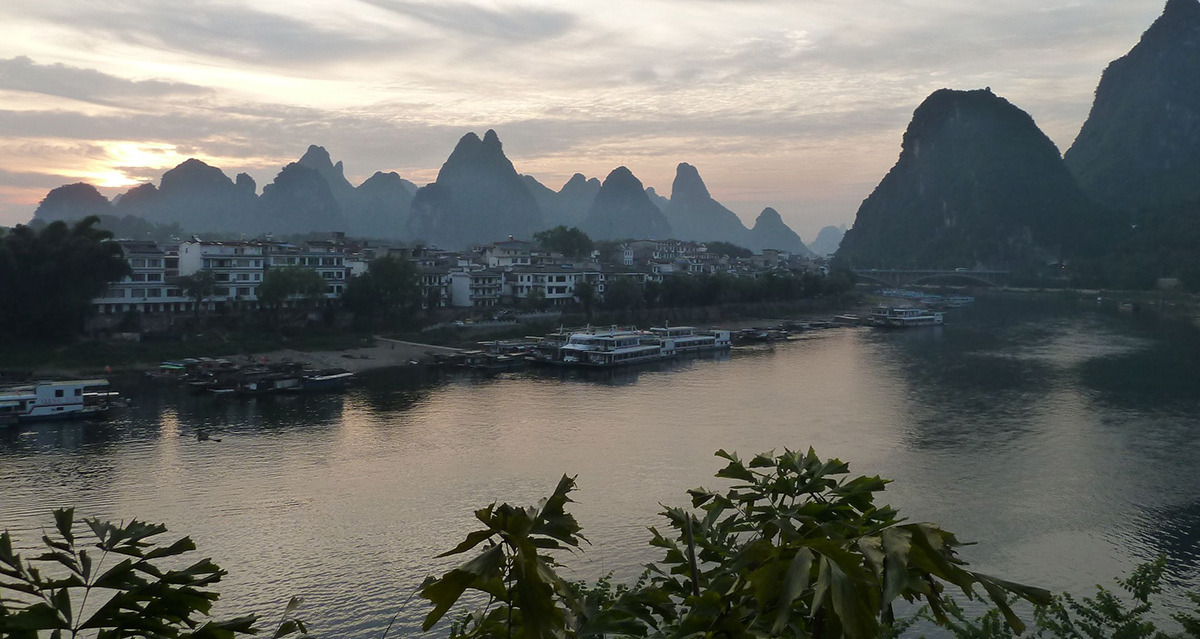 Yangshuo is a wonderful place in China. The small village is surrounded by stunning limestone mountains (known as Karst), which makes the area a must-visit during your trip to China. There is a lot to do and see in and around Yangshuo. Below are 9 of our favorite ways to spend your day in this beautiful place.

Cycling in the area

The area that surrounds Yangshuo is breathtakingly beautiful. One of the best ways to explore the region is by bicycle. You can rent a bike at various locations in the village of Yangshuo. Also, most hotels and guesthouses rent bicycles. Prices are usually around 20 to 30 yuan per day. First check your bike well, because it would be a shame if you’re on a bad bike (or worse, experiencing a blown tire in the middle of nowhere like we did). Make sure you bring along a business card from your hotel or guesthouse, so you are able to have someone call hotel reception if necessary. A very nice bicycle trip is the area between Yangshuo and the Yulong River. You will cycle towards the Dragon Bridge, and afterwards through several local villages and beautiful sights on the way back home. At the Dragon Bridge, you can enjoy a fine lunch at one of the small restaurants. 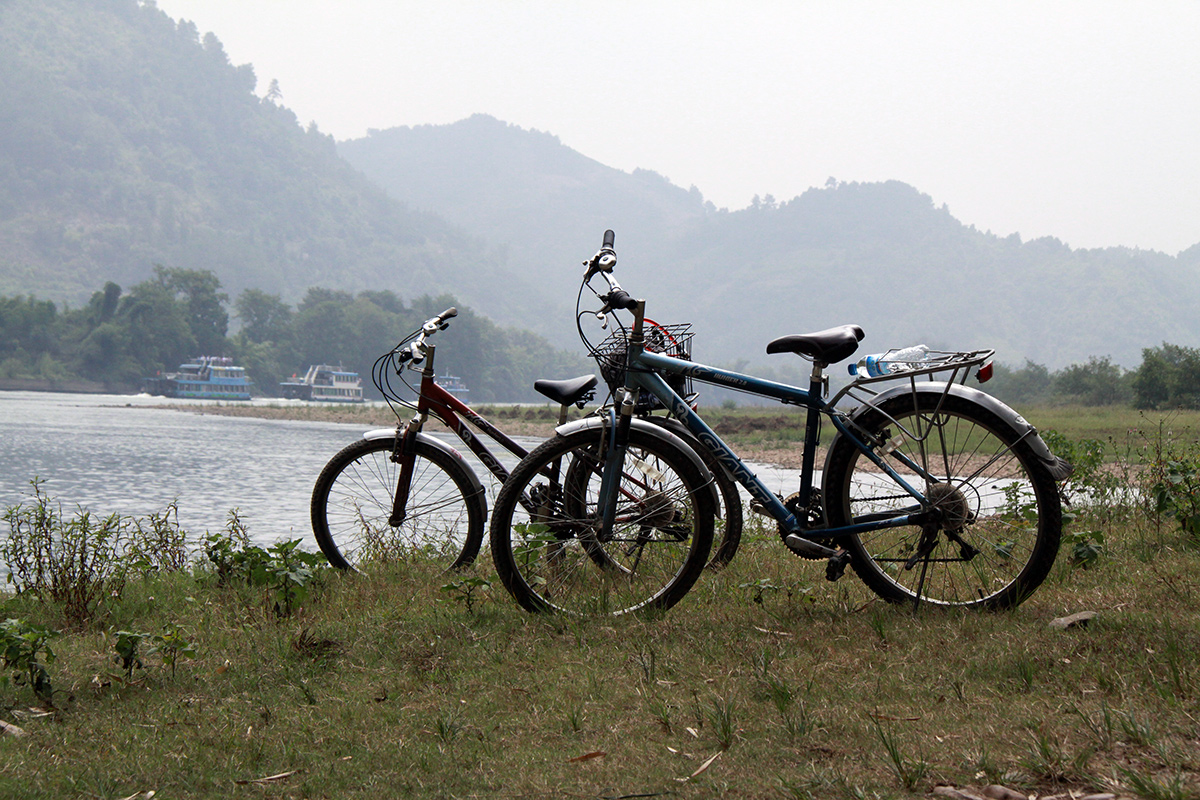 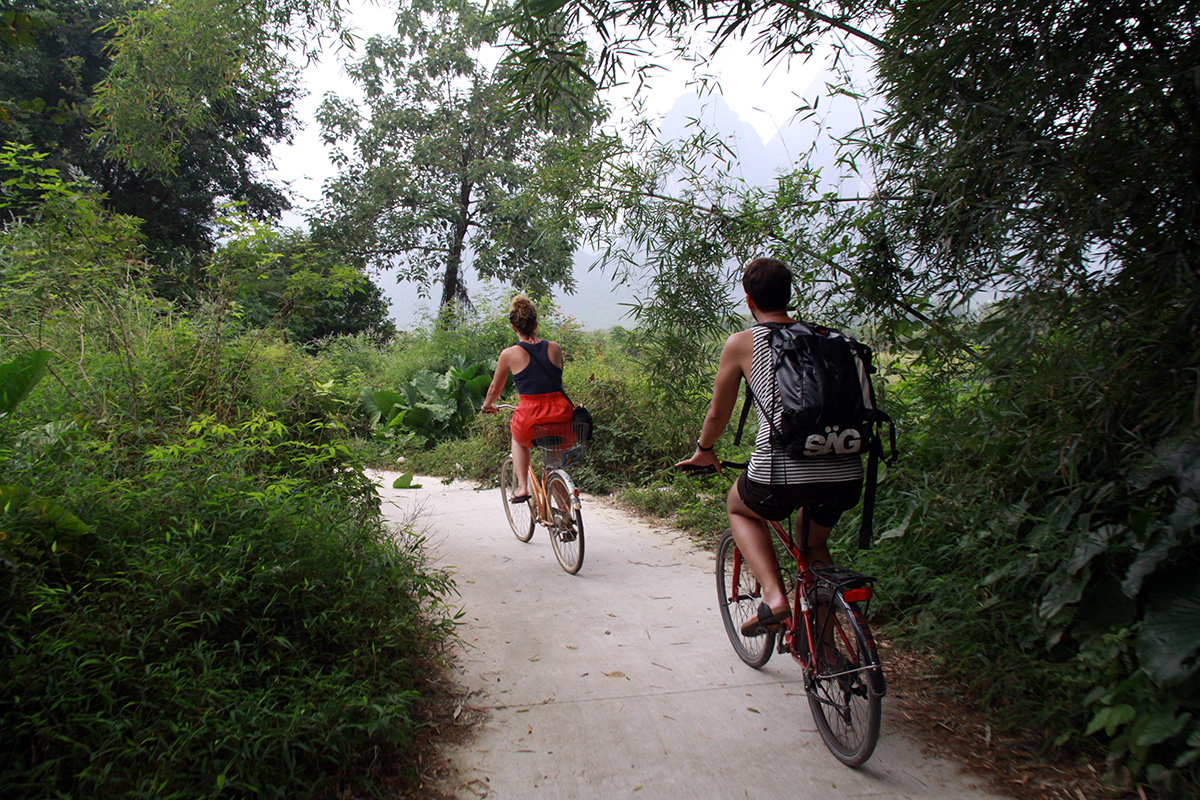 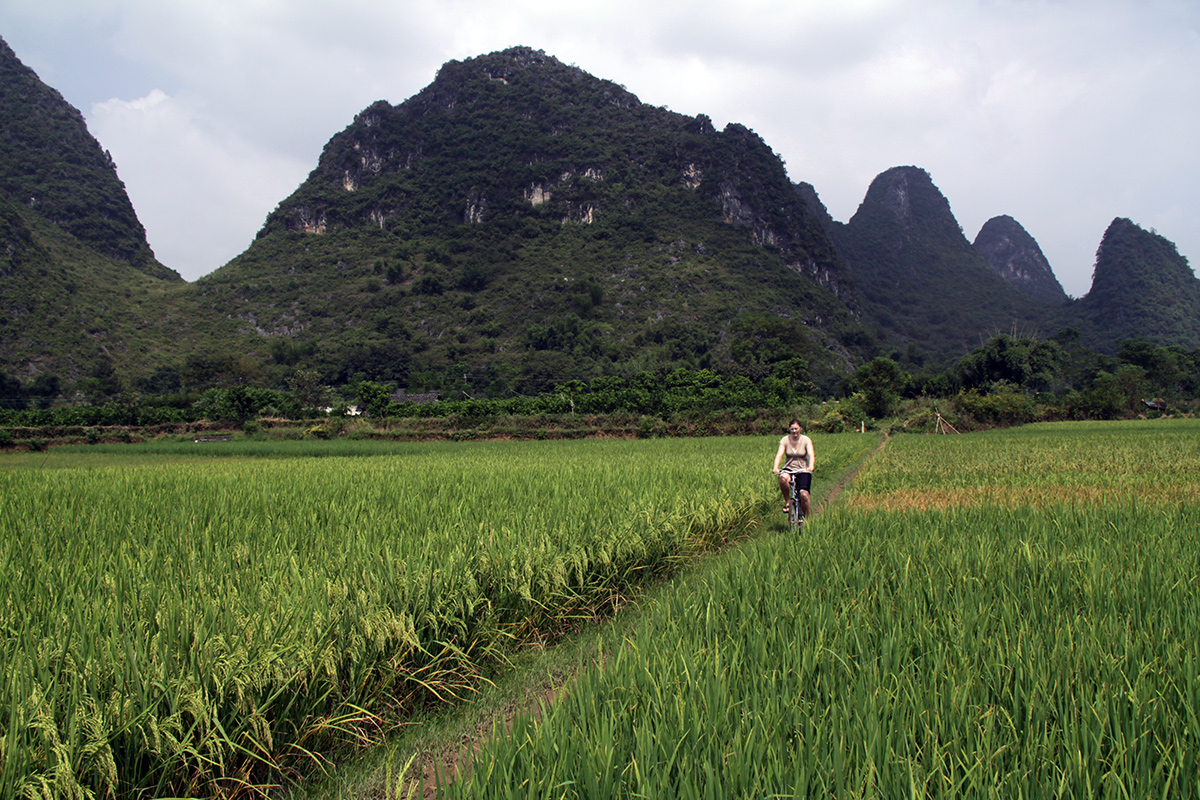 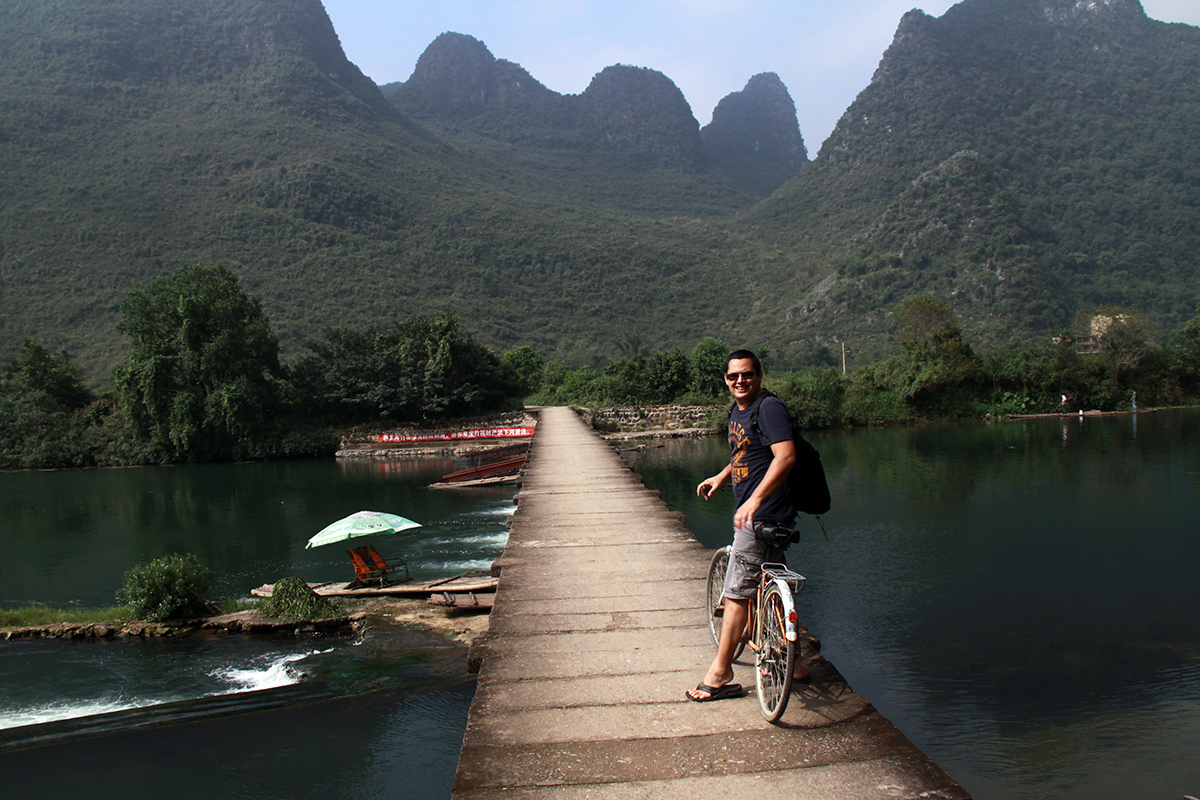 The Yangshuo River Cruise is the most popular attraction in Yangshuo. Along the way you can enjoy the beautiful Karst Mountains from the water. As the Li River flows from Guilin to, it is often the usual route. You can also do a short river cruise in the immediate vicinity of Yangshuo, but also from Guilin, where boats depart from the Zhujiang Wharf. Because the city of Guilin is usually the starting point of visiting Yangshuo, the river cruise is a fun way to travel between Guilin and Yangshuo. 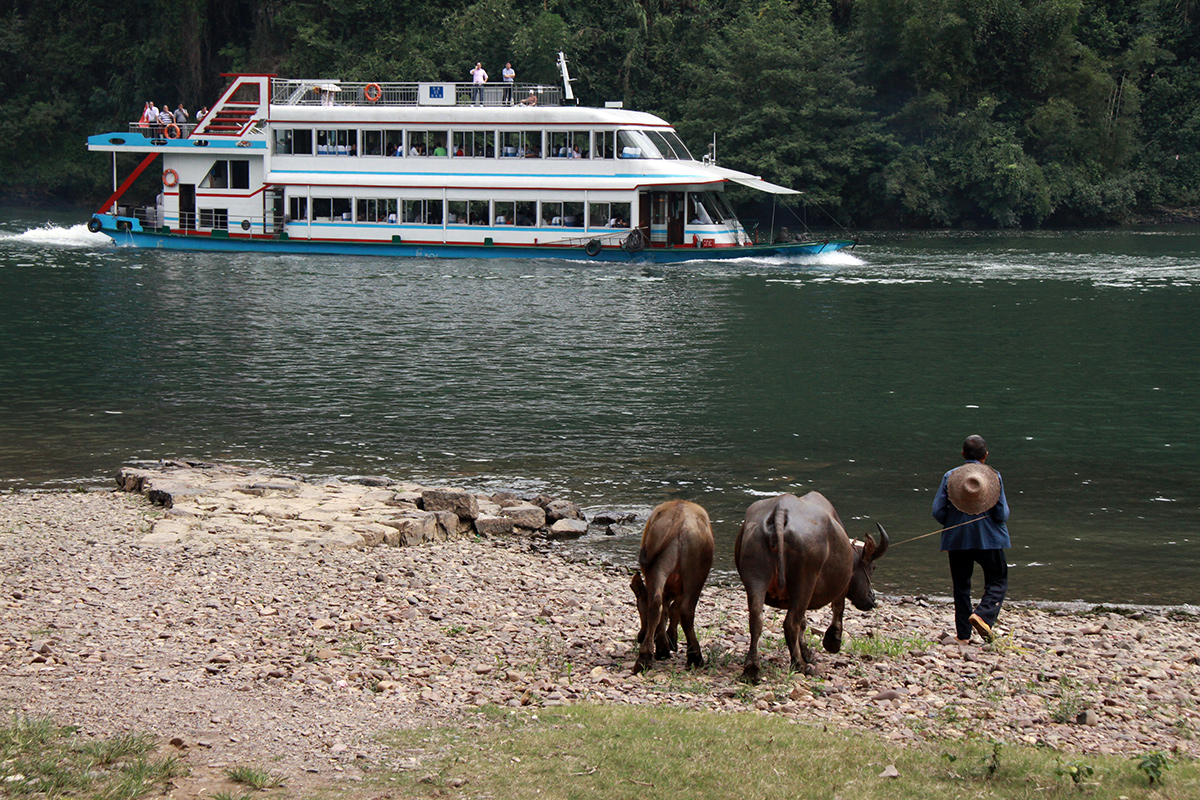 There are several different types of river cruises, luxury boats, in regular big boats and in small bamboo rafts. Tickets usually range between $10 and $40 per person (one-way ticket from Guilin to Yangshuo). Luggage can be stored on the boat and the tour lasts about 4 to 5 hours. Depending on the type of river cruise you get a lunch aboard.

During the winter months the water level of the Li river is often very low. This means that you cannot cover the whole route by boat, but just a piece of about 10 kilometers at a deeper part of the river. Later you transfer to buses for the final part of the trip.

One of the biggest attractions of Yangshuo is the Impression Sanjie Liu light show along the Li River, just outside the center of Yangshuo. There is an amphitheater built on the banks of the river, from where you will see an amazing light show. The cheapest entry ticket costs around 200 Yuan per person, a slightly better seat about 400 Yuan and the most expensive VIP seats cost 600 per person. 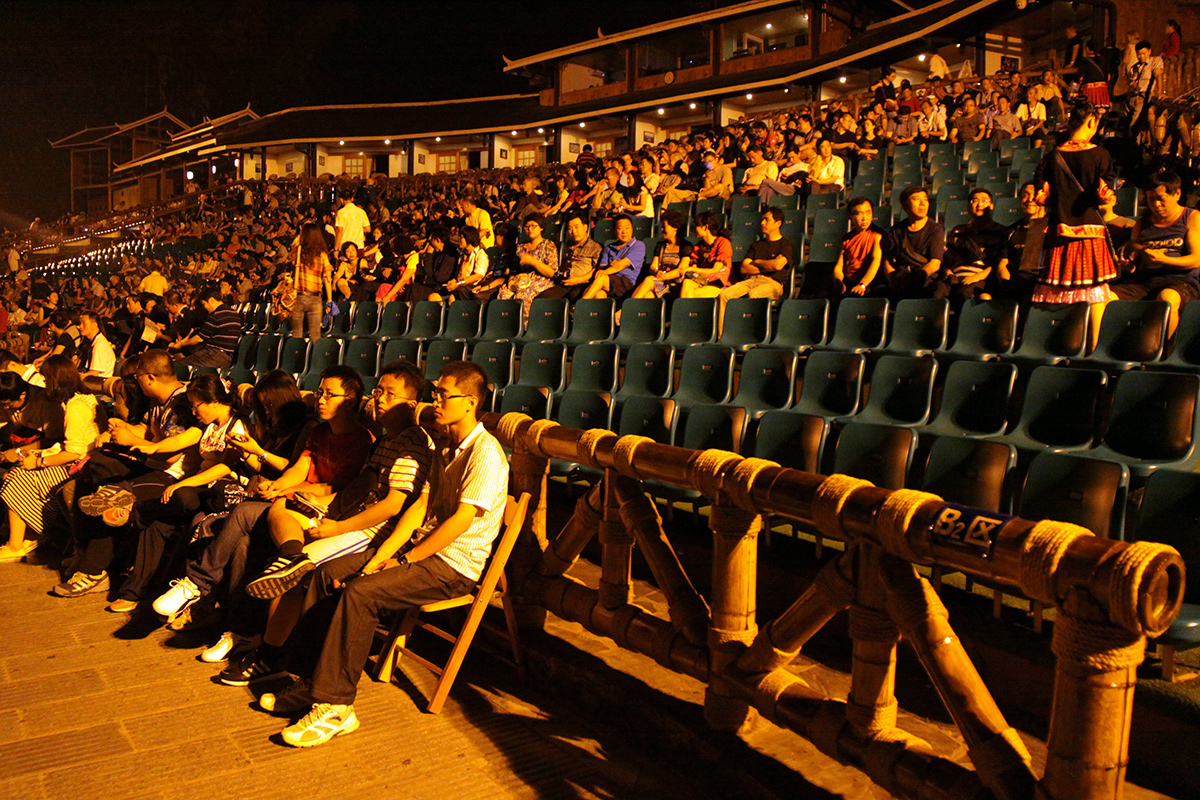 This show should definitely not be missed if you are in Yangshuo. The show starts at 8pm and tickets can be bought at several places in Yangshuo (including at your hotel). Transport to the show is usually included, which means you will be picked up in front of your hotel in time. During peak season there are two performances in the weekends in the evening (7.40pm and 9pm). During the winter months the show will not be performed daily. 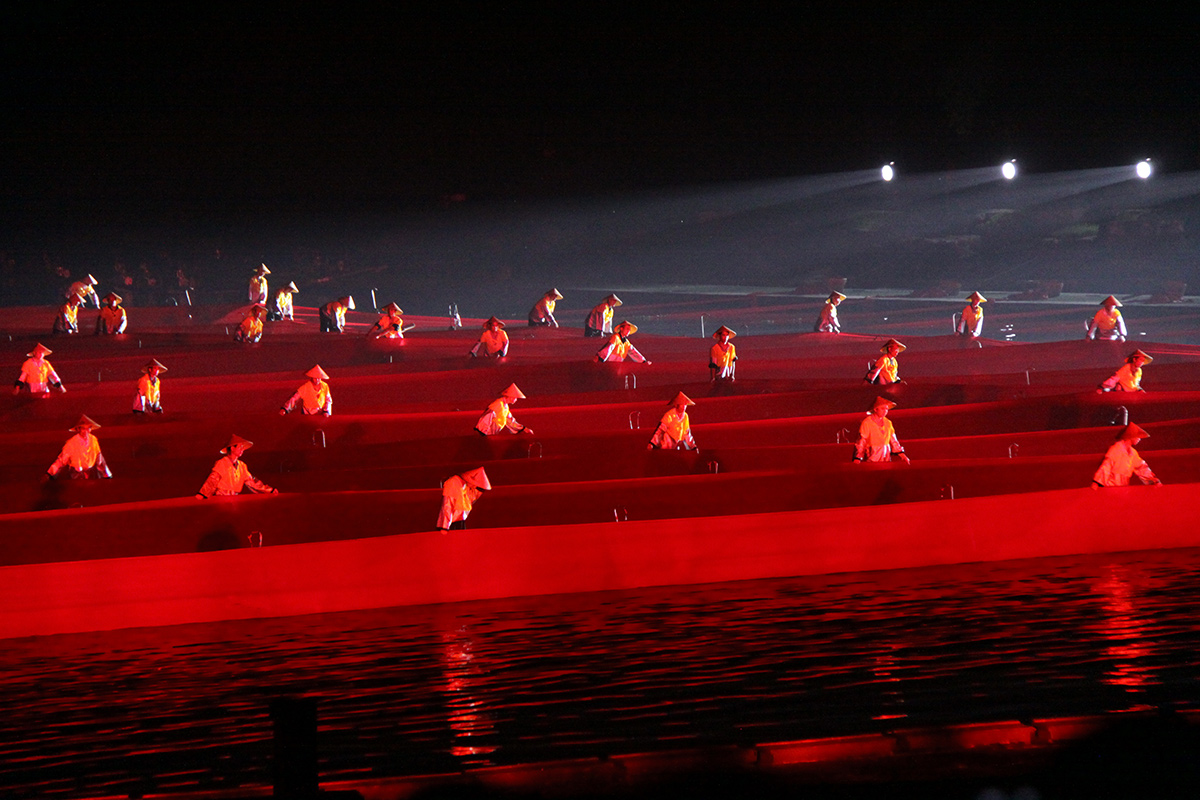 Floating on the Yulong on a bamboo raft

One of the most popular attractions around Yangshuo is a ride on a bamboo raft. This can be done at various locations along the Yulong River. Every few kilometers you will see a boarding place where you can hop-on a bamboo raft after you have paid the owner a small rental fee. At the boarding place you can often buy snacks and drinks. Once on the raft you will go downstream at a leisurely pace, enjoying the beautiful scenery. Along the way there are people making photos of you on the raft, hoping that you want to buy it then. You can often place your bike on the bamboo raft. This way you can first use your bike to ride upstream, and then use a raft back to get back to the starting point near Yangshuo. 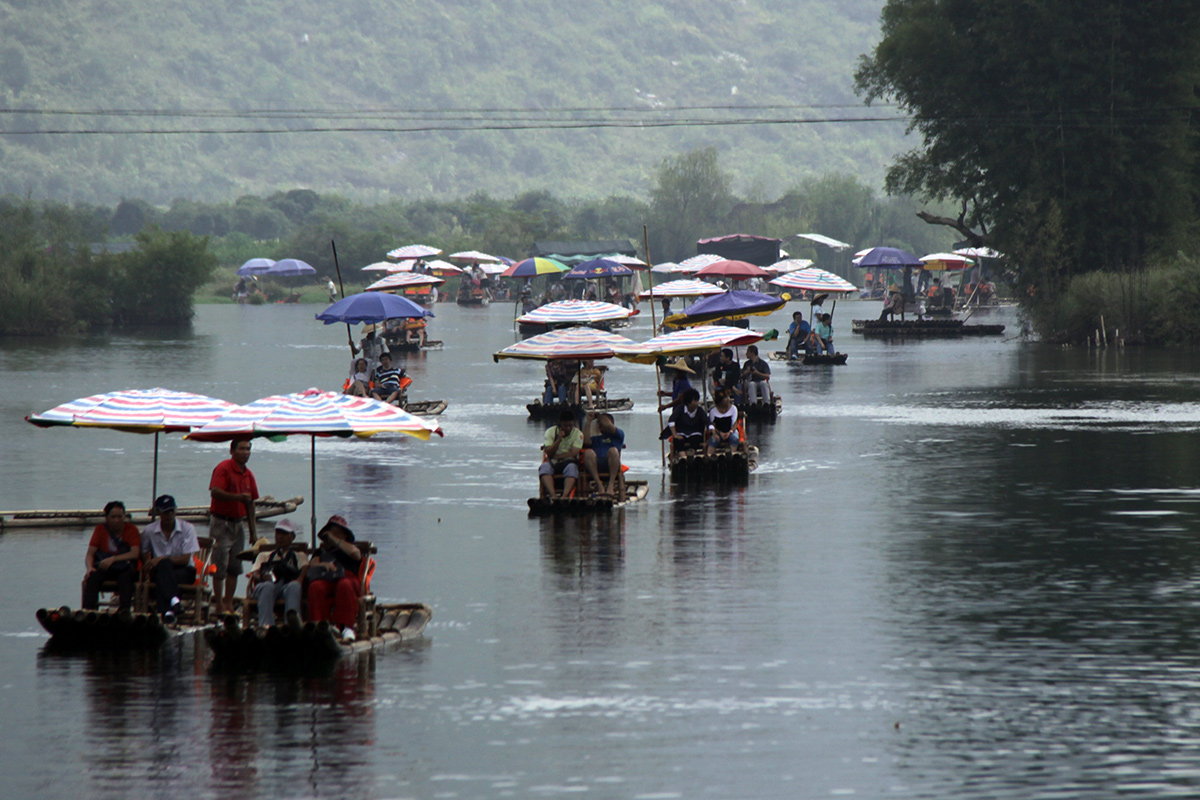 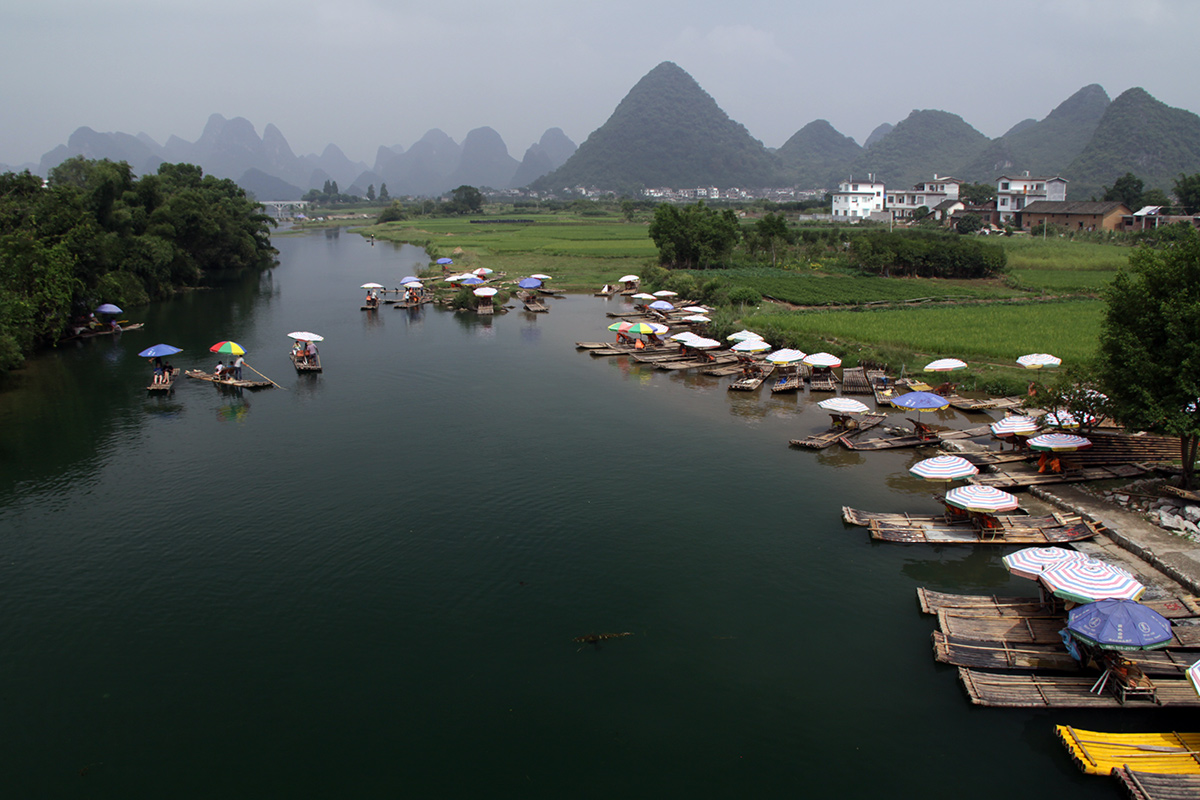 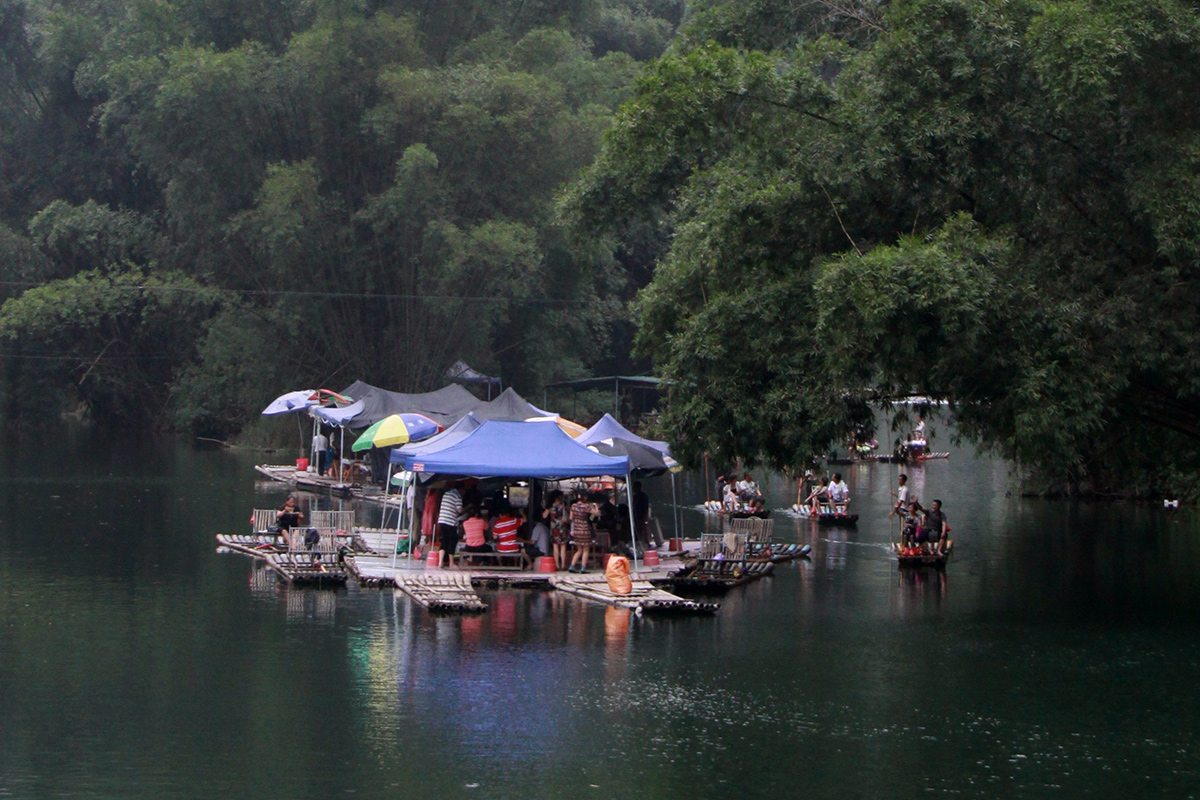 Another attraction is located approximately 25 km north of Yangshuo: the Li-river Crown Cave, known as one of the most beautiful underground cave systems in the world. Deep underground – where you will be taken to a hyper-modern panoramic elevator – is an underground river and you can admire the highest stalagmites and stalactites you have ever seen. You get a tour of this magical world with an electrically powered train. Most tourists book a complete tour from Yangshuo or Guilin. From Yangshuo you reach the Crown Cave when you first drive by car to Putao and then to Yangdi. 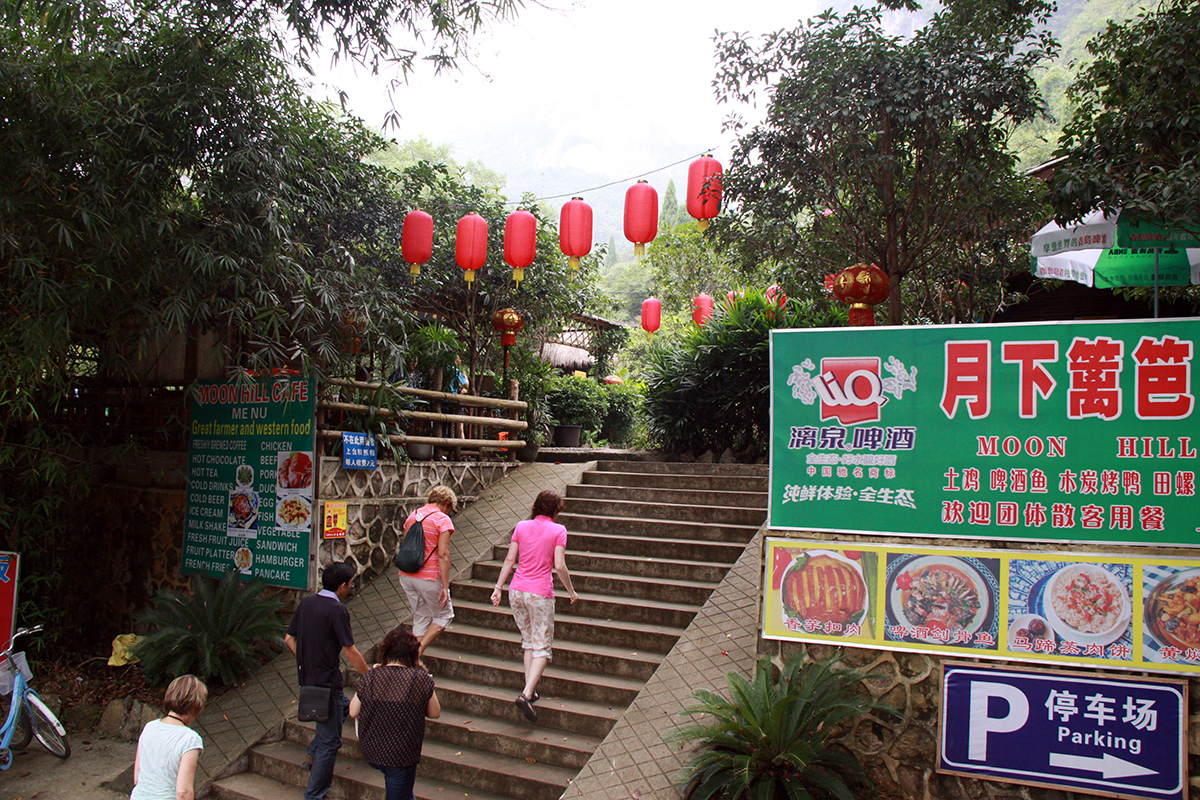 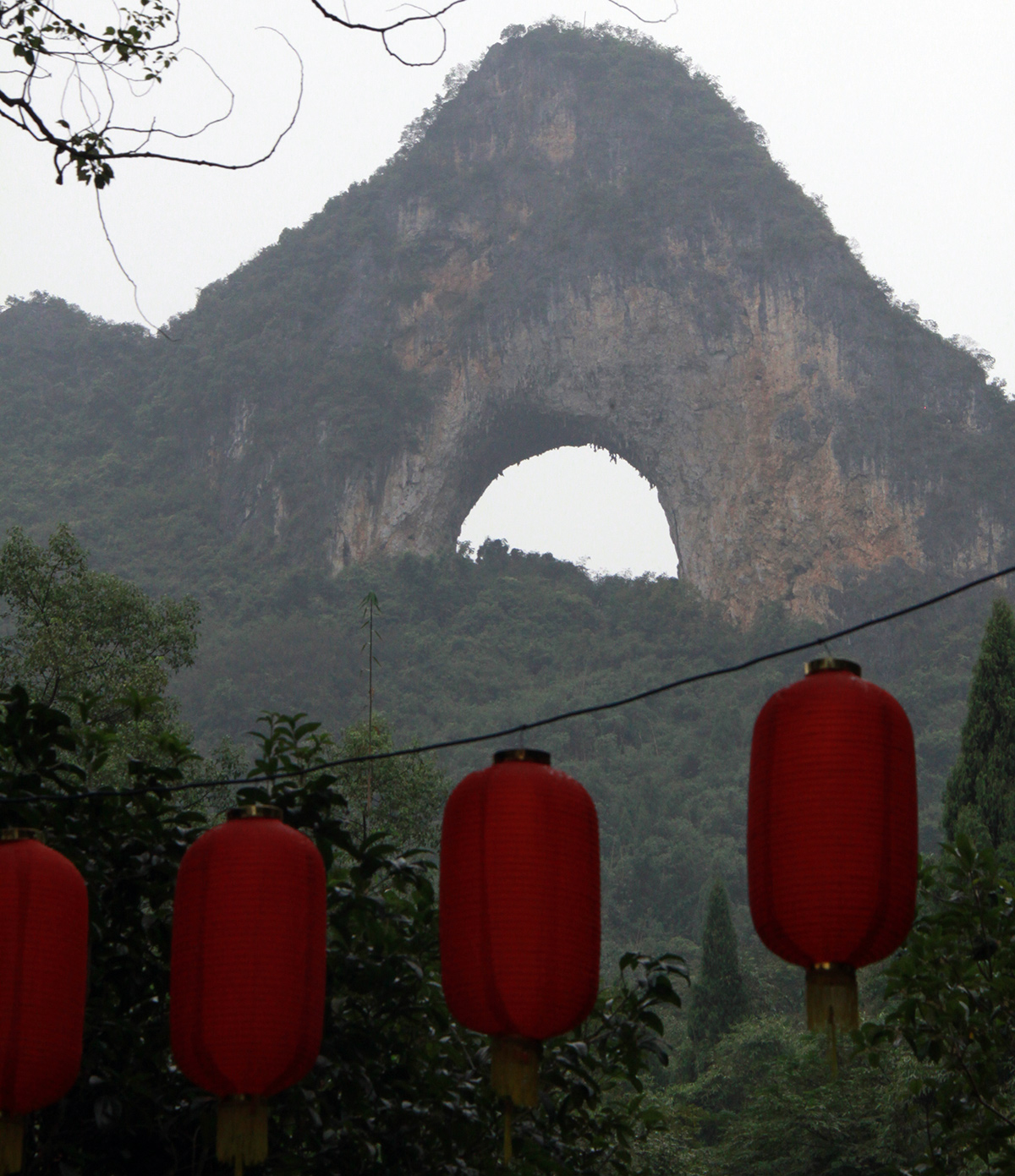 One of the sporting attractions in the immediate vicinity of Yangshuo is mountain climbing or abseiling. There are several courses for novice climbers and various professional companies have laid out beautiful routes along limestone moutains and rock outscrops near Yangshuo. Here you can rent your equipment. Bar98 is a renowned meeting place for climbing enthusiasts. 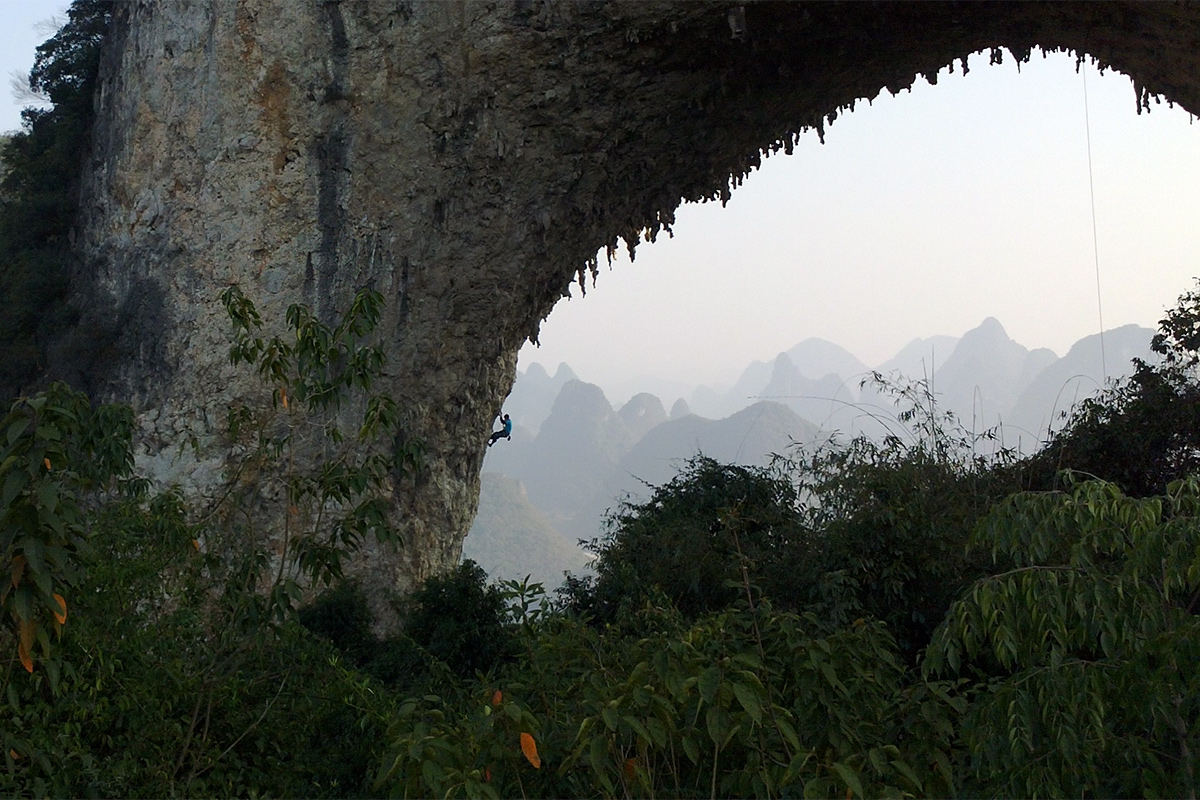 A super fun activity in Yangshuo is to follow a cooking course at the popular Yangshuo Cooking School. Nothing is nicer than learning how to make some typical Chinese dishes by yourself. During and after the course, you eat what you have created, and it is delicious. The costs are about 150 yuan per person. You will be picked up in the morning at your hotel or guesthouse (usually around 9am/9.30am). The course starts with a guided tour at Yangshuo Wet Market. Then you head over to the cooking location, right along the beautiful Li River. Here you spend all morning preparing 5 delicious dishes. There is also an afternoon cooking workshop, should this time suit you better. 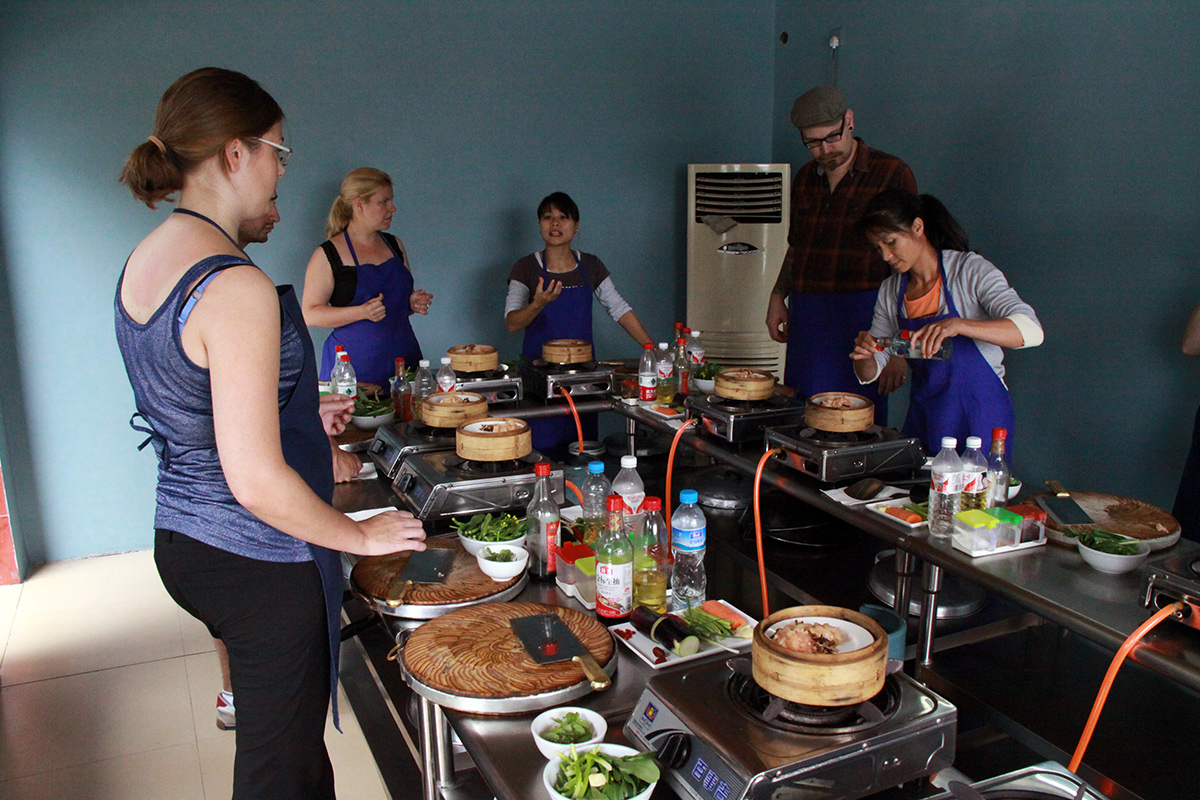 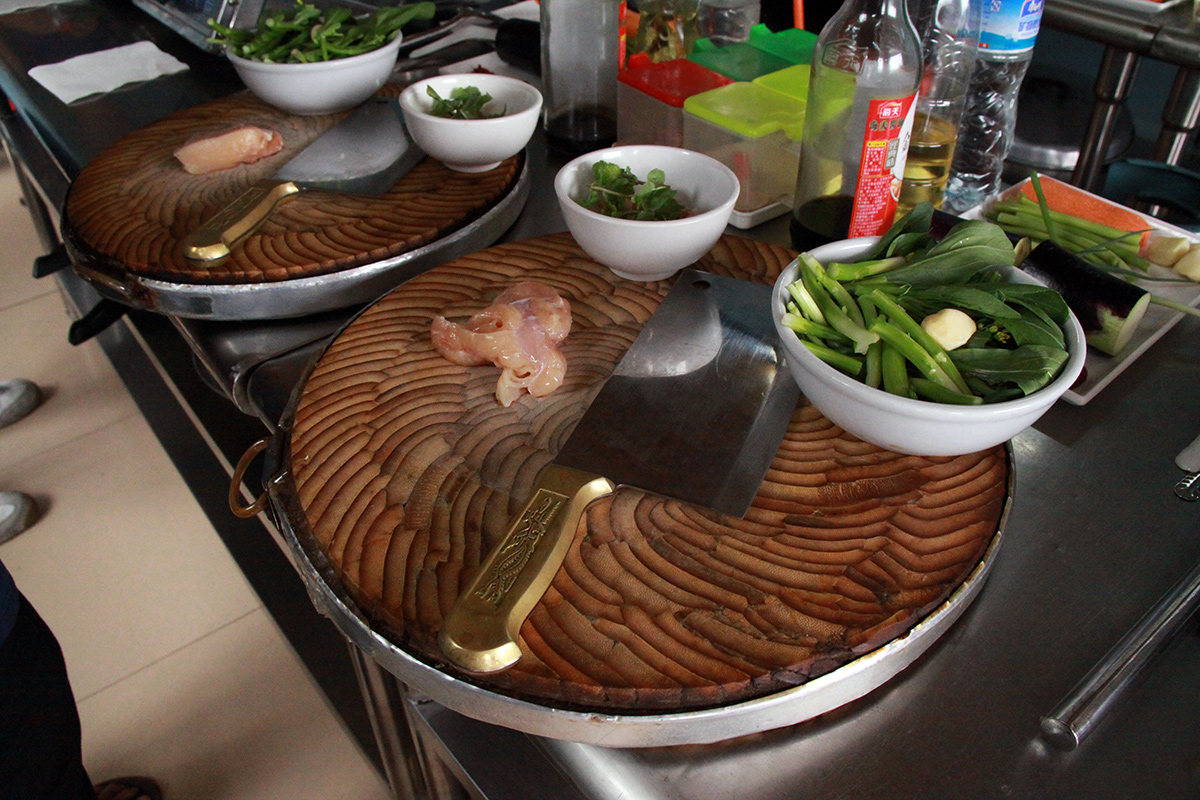 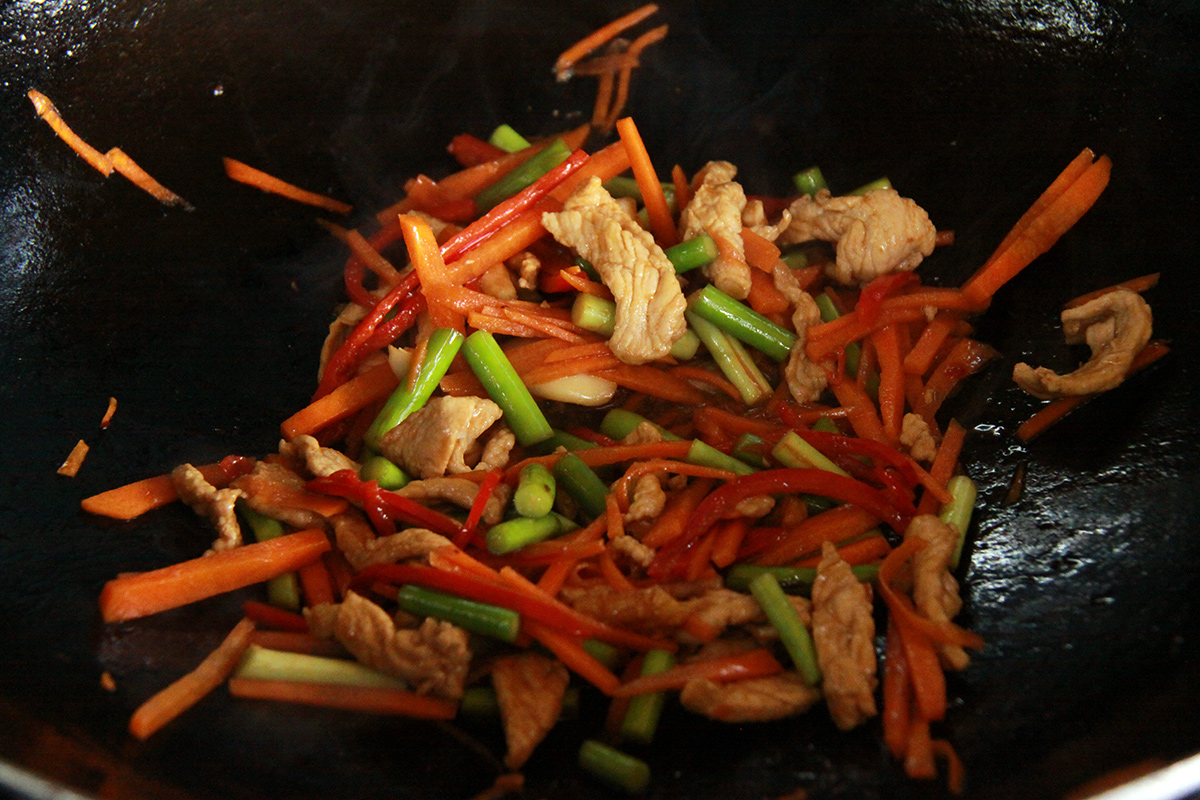 Another attraction of Yangshuo is the famous Fisherman, who catches fish using two specially trained cormorants on his small bamboo raft. This particular man was once even featured on television at one of the well known travel channel shows. 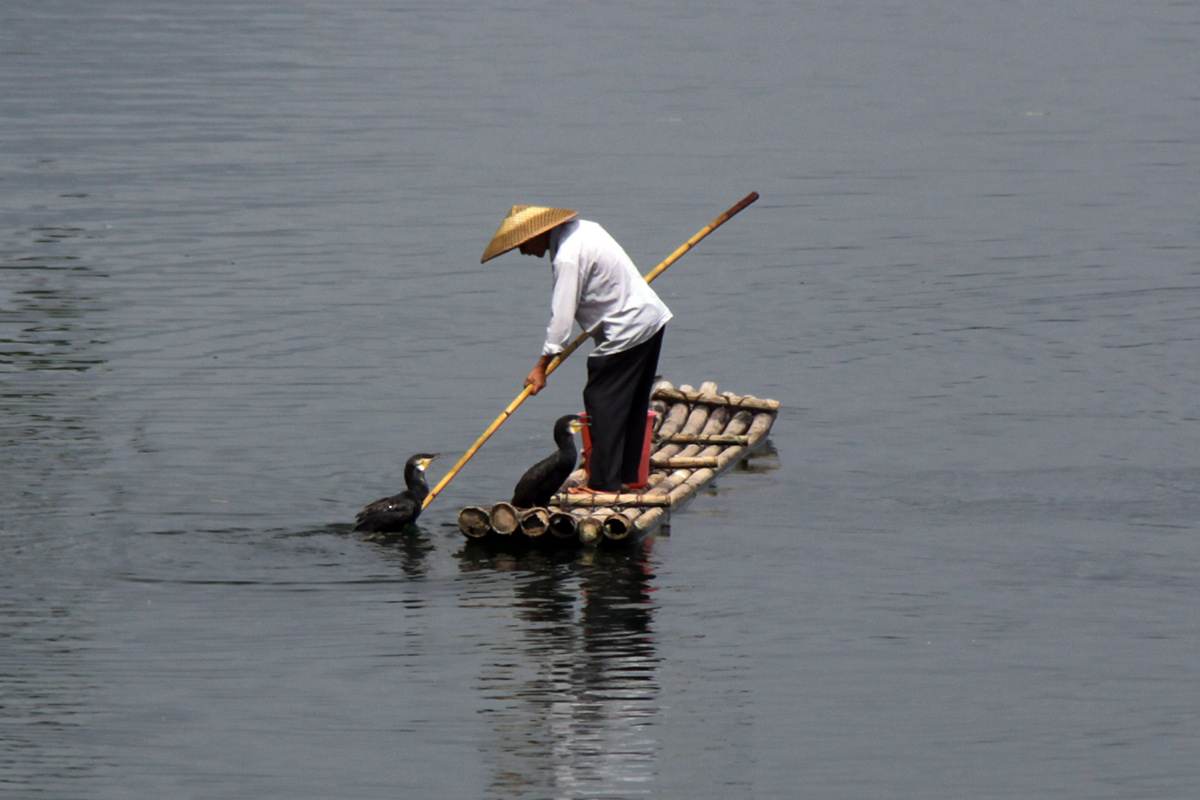 This way of catching fish, is still practiced daily in China. When you get up very early in the morning you will see several fishermen with their cormorants on the Li River trying to catch fish. 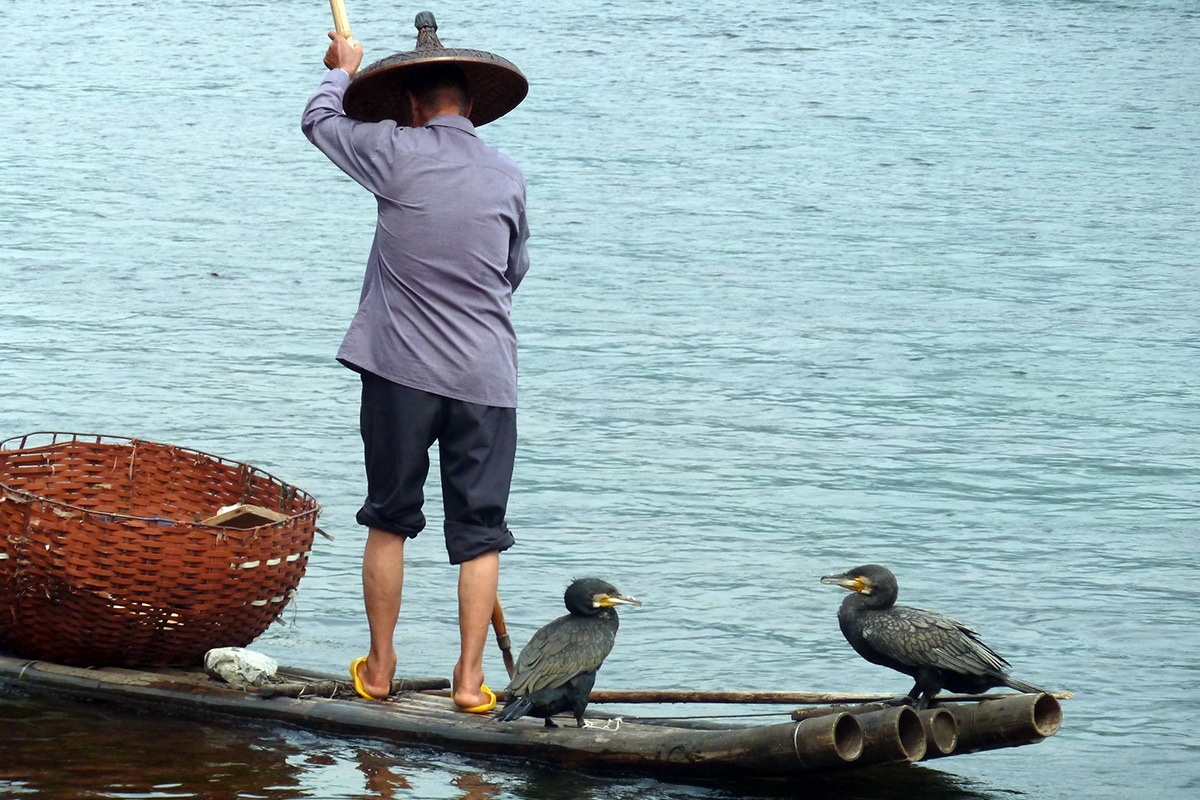 The area north of Yangshuo is beautiful, but quite hilly. Experienced cyclists will love to ride there (similar to a mountain stage), but ordinary travelers are better off with a moped. You can rent mopeds anywhere in and around Yangshuo (note: drive at your own risk). The standard price per day is around 60 to 100 Yuan. When you leave Yangshuo on the north side, you drive to the first attraction, a beautiful tea plantation, in about 25 minutes;. Here you can take a guided tour and of course enjoy the stunning views. After yet another 20 minutes you will arrive at one of the most beautiful parts of the Li River. Also you can again enjoy beautiful views of the karst mountains (from viewing points at Guanyin Mountain). 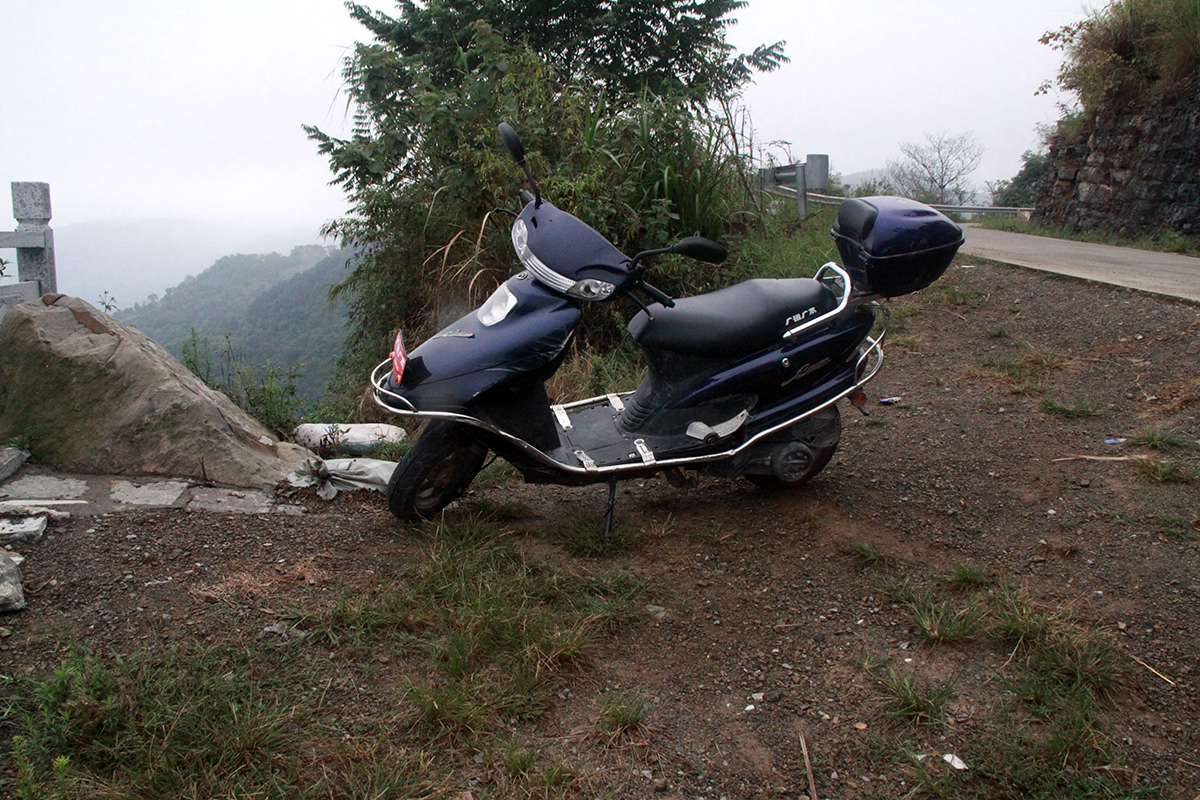 You then drive through the beautiful countryside towards the village Putao. Here you have an authentic ‘Stone Village’ in the area. Almost every shop in Putao sells Chinese fireworks. From Putao it is a 20 minutes drive back to Yangshuo along a pretty safe main road. Along the way you also have some nice attractions. Alternatively, you can drive from Putao towards the Yulong River and drive back to Yangshuo along this beautiful river.

Be careful when renting a moped in China as you may not be fully insured. If you have little experience with riding motorcycles, you are probably better off renting a bicycle.