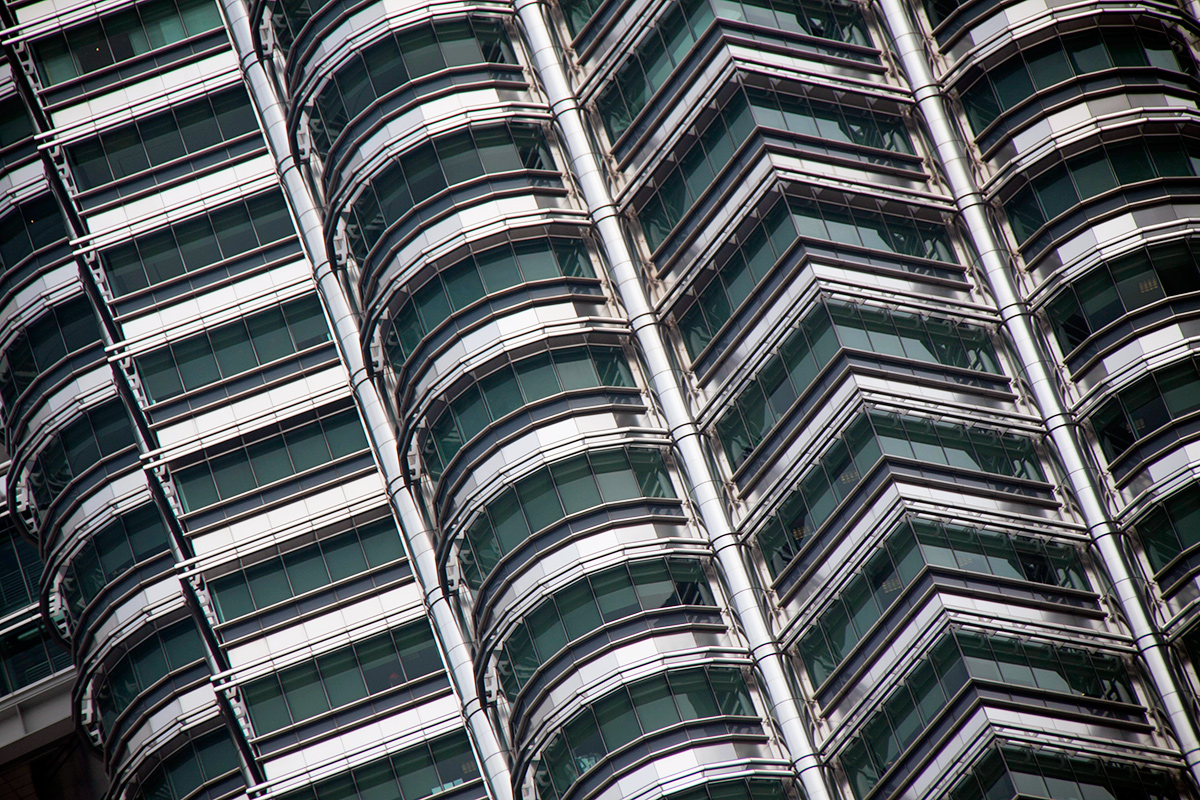 Between 1998 and 2004, the Petronas Twin Towers in Kuala Lumpur (the capital of Malaysia), at 452 meters, was the world’s tallest building. The towers were designed by the renowned Argentine architect Cesar Pelli, for that time the very modern design was based on the five pillars of the Islamic faith (which is also reflected in the shape of the building). It began in 1992 with the construction of the towers in the center of the city where the track once was. 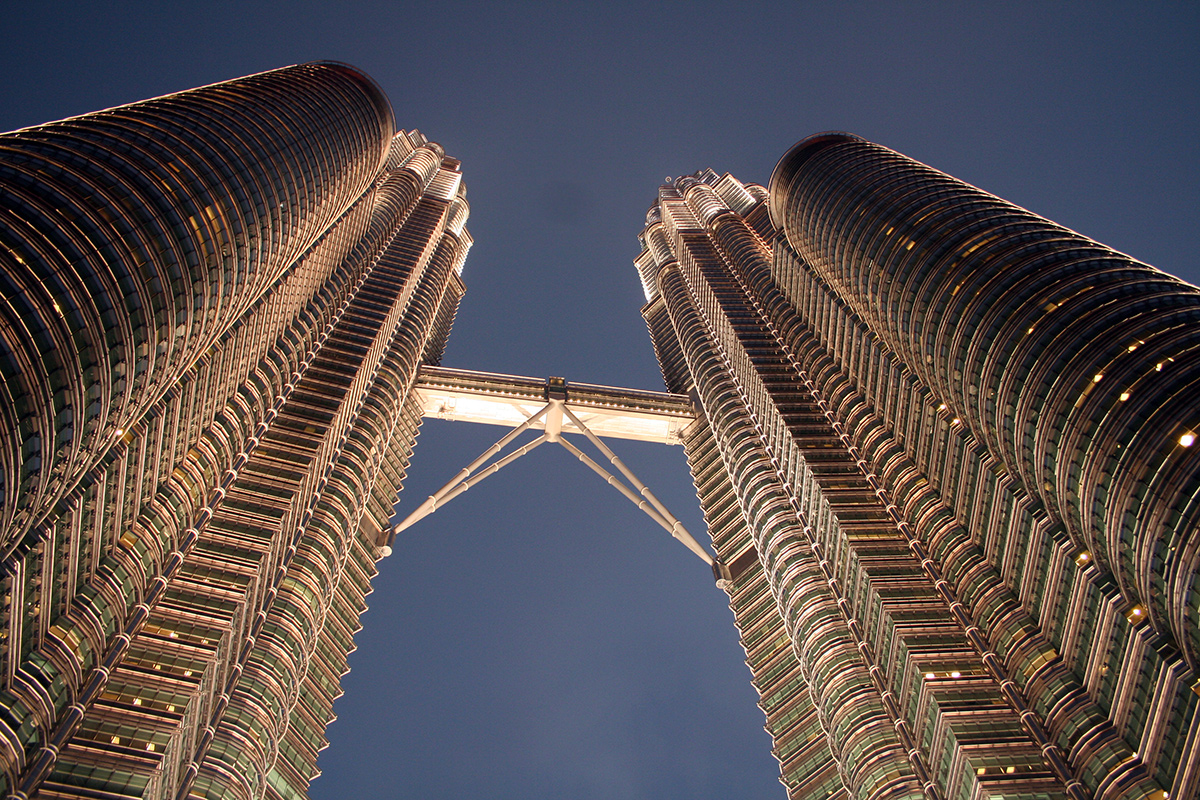 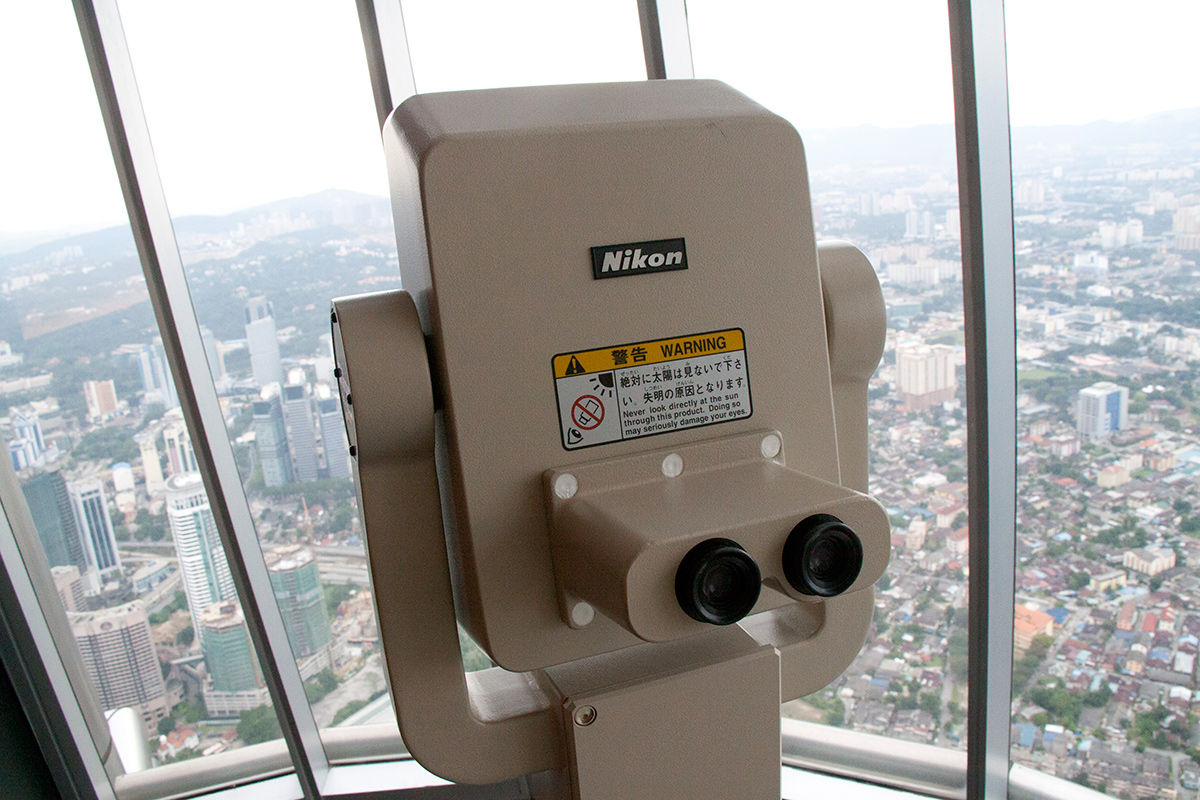 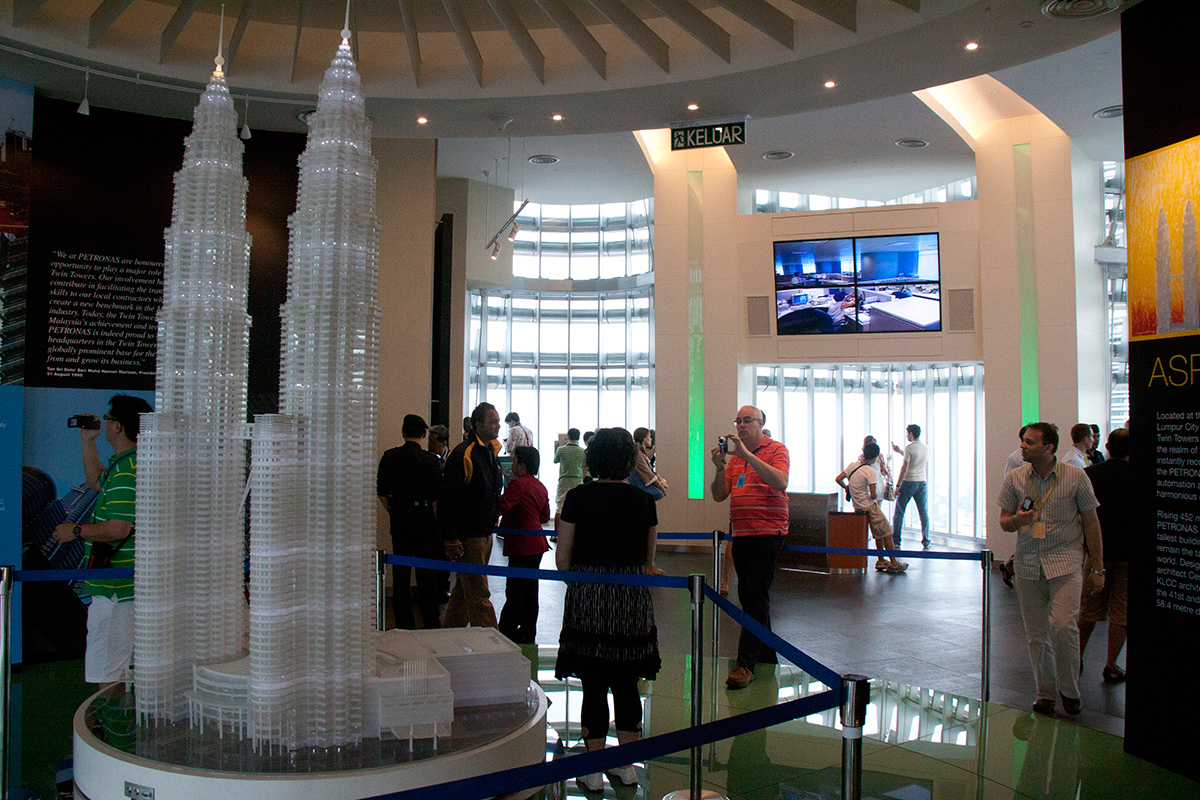 The Petronas Twin Towers have become a symbol of Malaysia and tourism to Malaysia. Although the ticket prices have risen sharply over the years, there are still daily rows of people buying tickets at the ticket office on the basement floor of the towers. 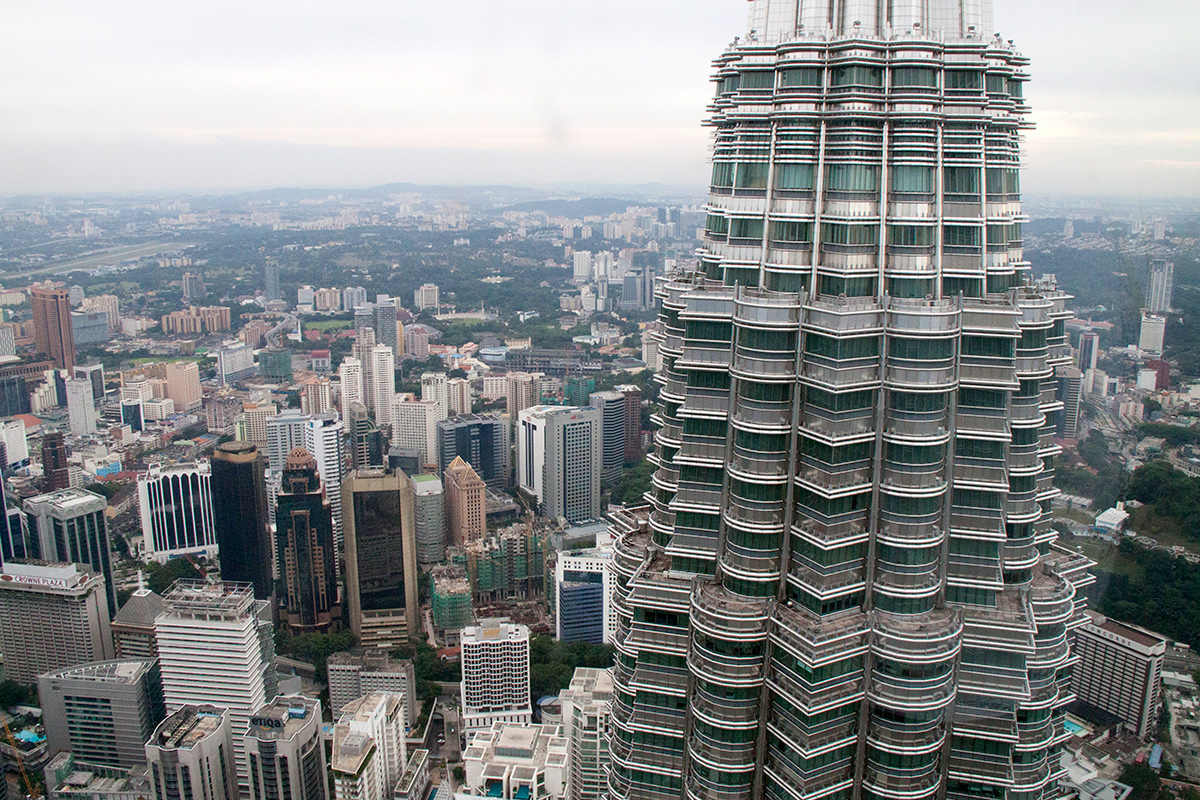 How to get to the Petronas Twin Towers

The Petronas towers are very easy to visit. They are located in the heart of Kuala Lumpur and are accessible in multiple ways. If you stay in one of the hotels in the center of the city, you can just walk there. If you stay in/around Bukit Bintang, you can walk from Pavilion KL through the special pedestrian walkway that ends at Suria KLCC and the towers. You can also hop on the free GOKL bus in either Bukit Bintang or Chinatown. Directly below the towers, you have a metro station, along the RapidKL metro line. This line goes through KL Sentral, which is a hub. Once you reach Suria KLCC, follow the signs to the Petronas Twin Towers ticket office. 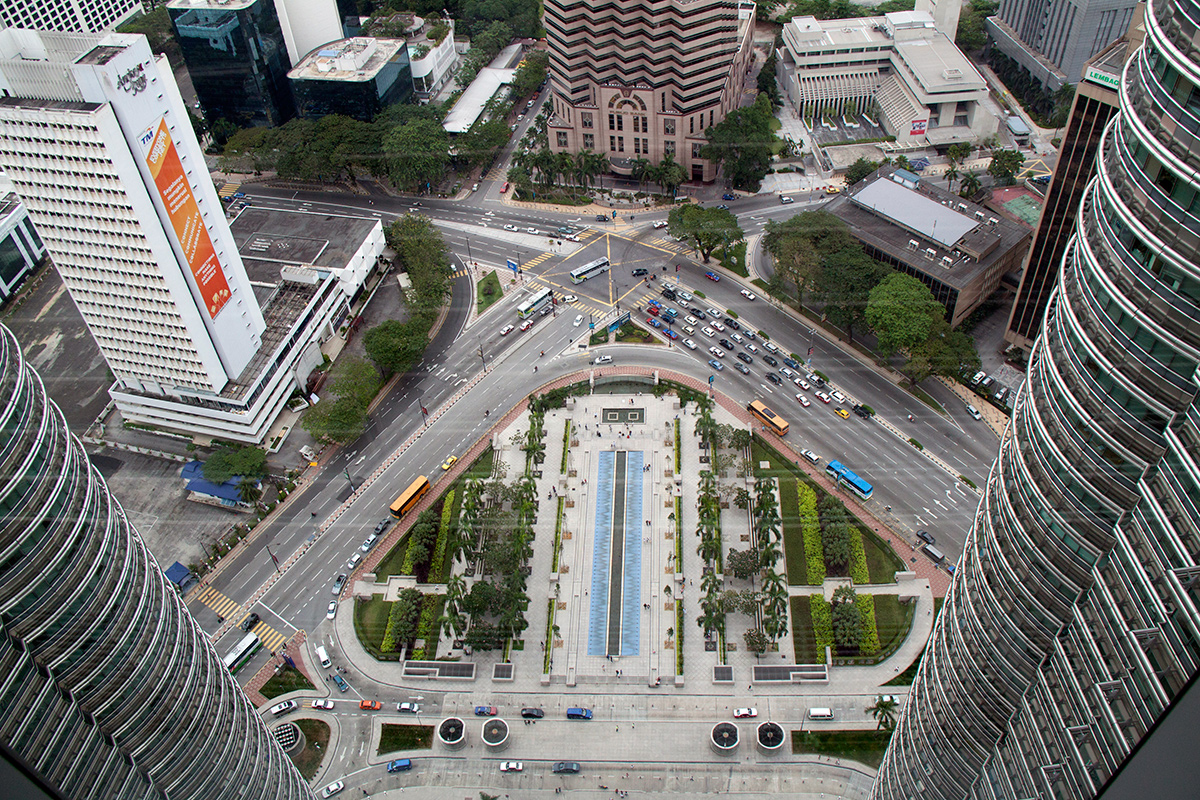 We do not recommend taking a taxi to the towers. A taxi from outside Kuala Lumpur is worth a considerable amount, provided the driver uses the meter. However, this is often impossible in the center, especially around the towers themselves. The same goes for the way back to your hotel after a visit. Do not use the taxis in front of Suria KLCC, they are notoriously bad in the way they treat tourists. Expect to pay at least five times the amount if you are using a taxi to get back to your hotel within KLCC. 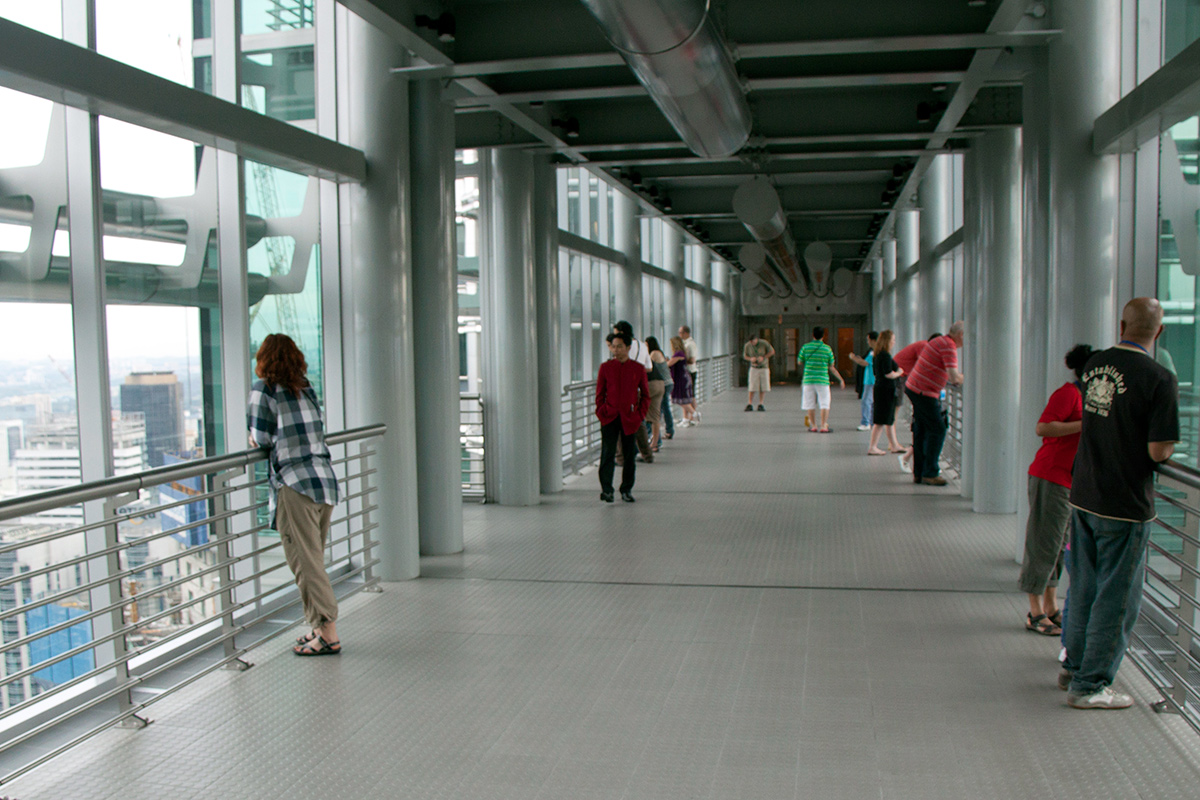