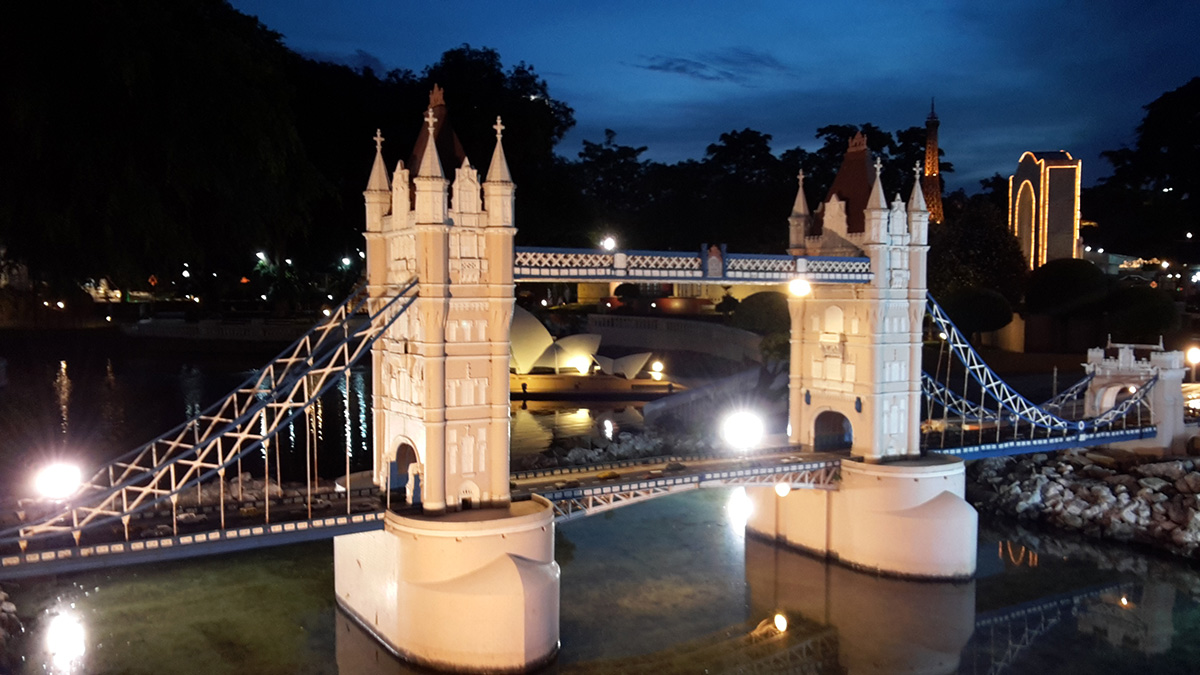 When Pattaya is mentioned, the first thing that came to my mind is the beautiful sandy beaches. But really, Pattaya is more than that. Believe it or not, there’s a unique tourist spot called Mini Siam. You see, have you ever wondered about travelling around the world within two hours or so? Visiting Mini Siam is truly an eye-opening experience. At just 250 baht per person (140 baht for children), one will get to explore around 80 models of the famous landmarks from around the world! 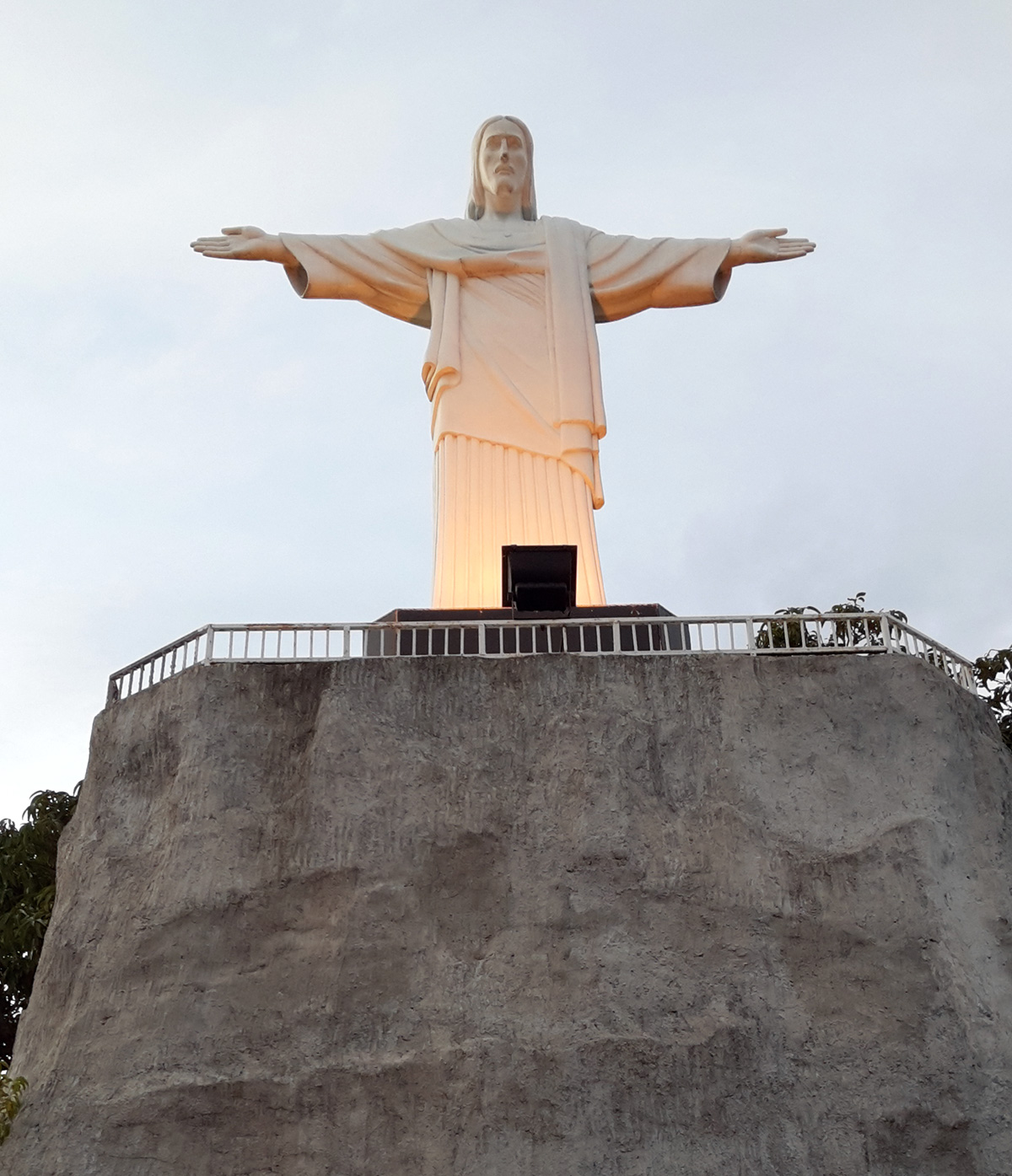 Mini Siam began as a research project built by a team of modellers. That was way back in 1985 but within a year later, the project expanded into a small tourist attraction. Then a few years after, all the models were subsequently relocated to a bigger land measured at 11 acres. It was now situated in North Pattaya on the Sukhumwit Road.

Upon entrance, Mini Siam is divided into two sections. One is “Zone Mini Siam”, and another one is “Zone Mini Europe”. Since I had a tough time deciding which to go first, I toss a coin. Head is “Mini Siam” and tail is “Mini Europe”. I got head, and it’s off to the Zone Mini Siam. Some of the replicas found in Zone Mini Siam includes Wat Phra Kaeo (Bangkok), Phanom Rung Historical Park (Burirum), Wat Arun a.k.a. Temple of the Dawn (Bangkok), Phra Thinang Aisawan Thiphya-Art (Ayutthaya), Anantasmakom Hall a.k.a. The Marble Throne Hall (Bangkok) and Rama IX Cable-Stayed Bridge (Bangkok). My trips to Thailand have always been for the food and shopping, so my friends and I failed to identify most structures but I must definitely say that the temples have besotted me much that I intend to visit the real ones someday. 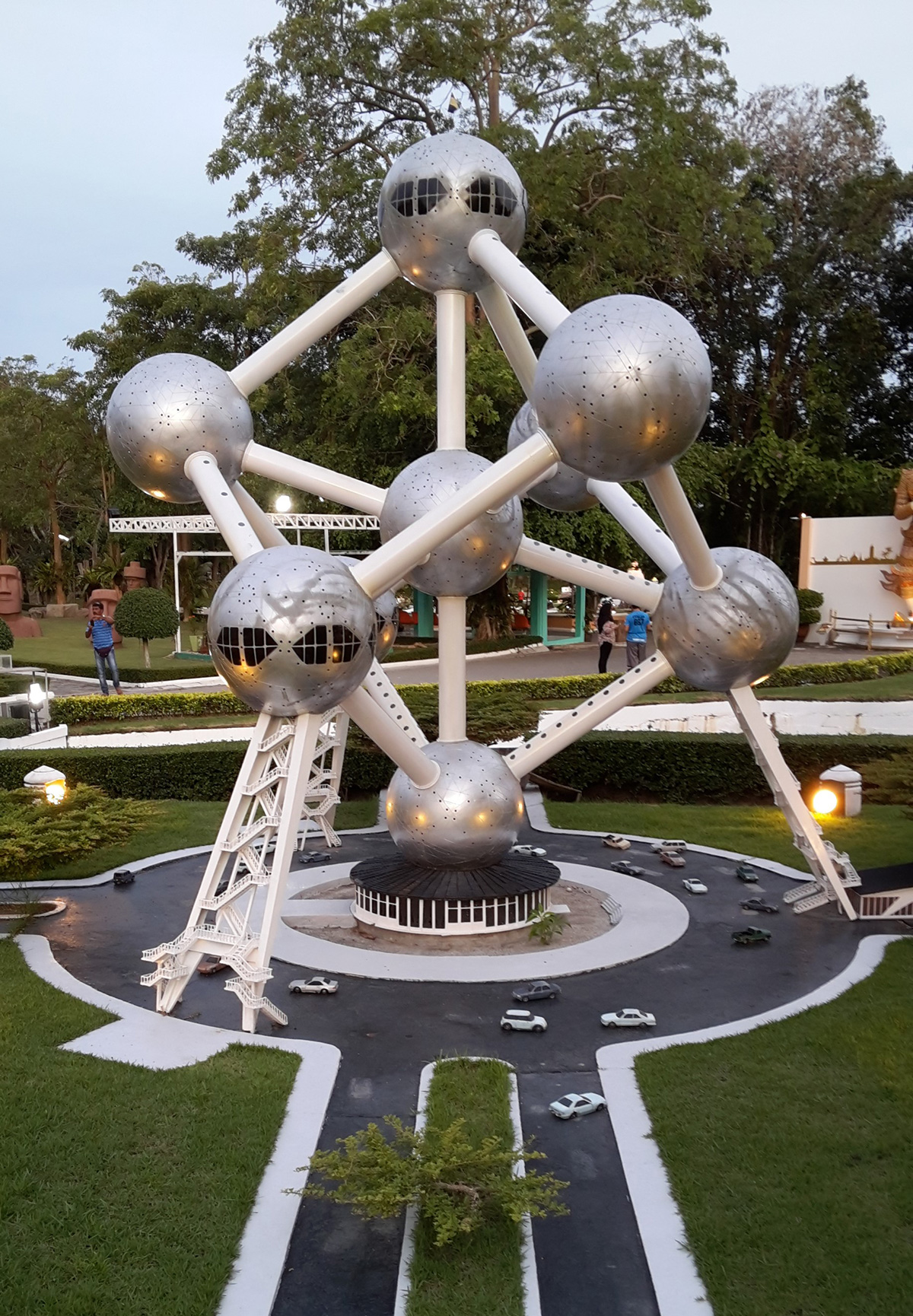 Next up is Zone Mini Europe. My friends and I had great fun challenging each other if we could name the landmarks! I spotted the Cathedral Group of Pisa or better known as the “Leaning Tower of Pisa” and the Colosseum from Italy, and the Sydney Opera House. The Statue of Liberty stood proudly in its corner not far from Brazil’s Christ de Redeemer that is almost synonymous with Rio de Janeiro. The Eiffel Tower and Arc De Triomphe from France, Belgium’s Atomium, Cambodia’s Angkor Wat, The Netherlands’ windmills and London’s Tower Bridge reminded me of my travels, and a strange feeling awashed me. 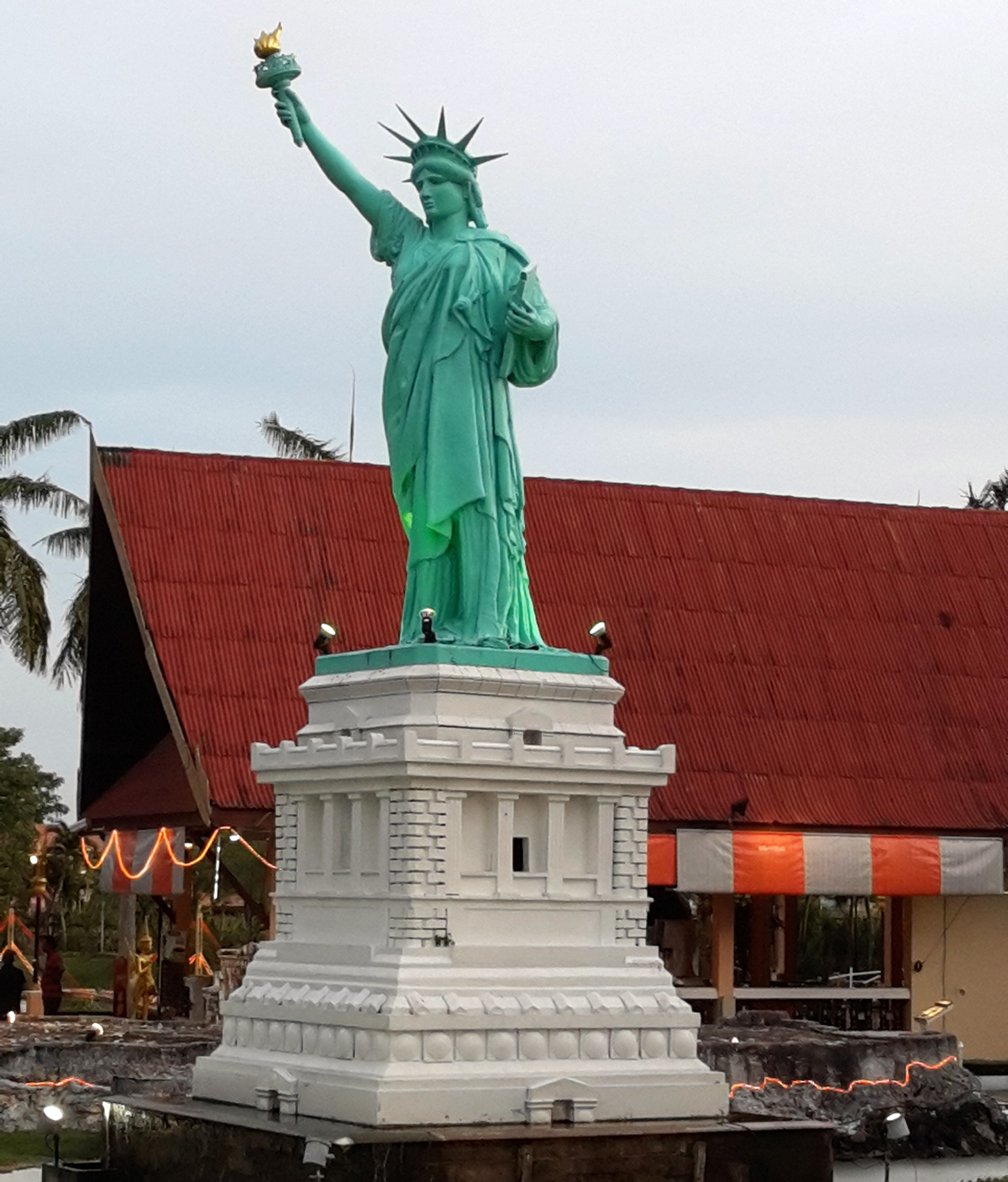 After witnessing the models from both sections, I truly admired all the meticulous details put in by these talented modellers. Mini Siam has allowed people who have not had the opportunity to travel the world, like myself, to get up-close to the landmarks that we could only previously admire from our friends’ photos.

There is a souvenir shop, mini mart and restaurant that served Thai cuisine within the grounds of Mini Siam. There is also a mini museum on the grounds that showcased khon masks used in a traditional Thai dance based on the Ramayana. Entrance to the mini museum is free.

Mini Siam is no doubt a great place to come with your friends or family. It is best to come as the sun sets, like I did, so that you’d get to see the structures in both day and night which are excellent for photography. It is also one of the few attractions in Pattaya that stays open until the night, so plan your itinerary and Mini Siam could be your last outdoor stop for the day. Mini Siam operates every day from 9 a.m. until 10 p.m.