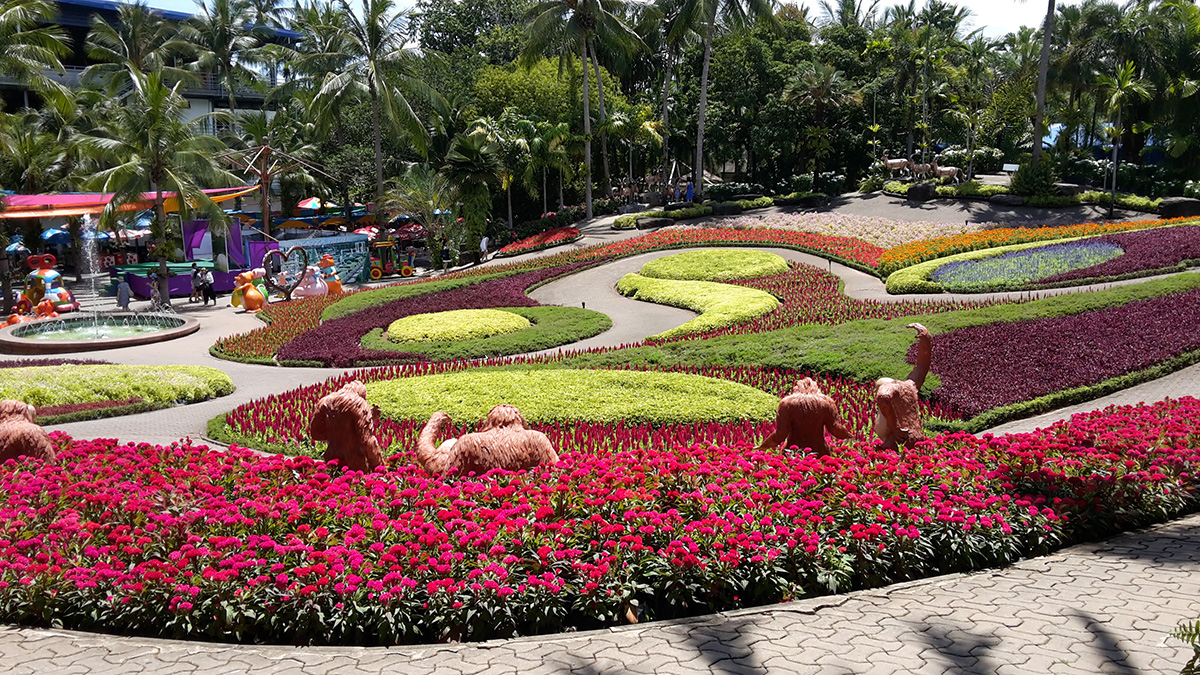 Not wanting to waste my last day here in this beautiful city, I woke up early at 6 a.m. and had a quick breakfast. Looking at my itinerary, here’s the final major attraction that I’ll be heading off later: the Nong Nooch Tropical Garden. 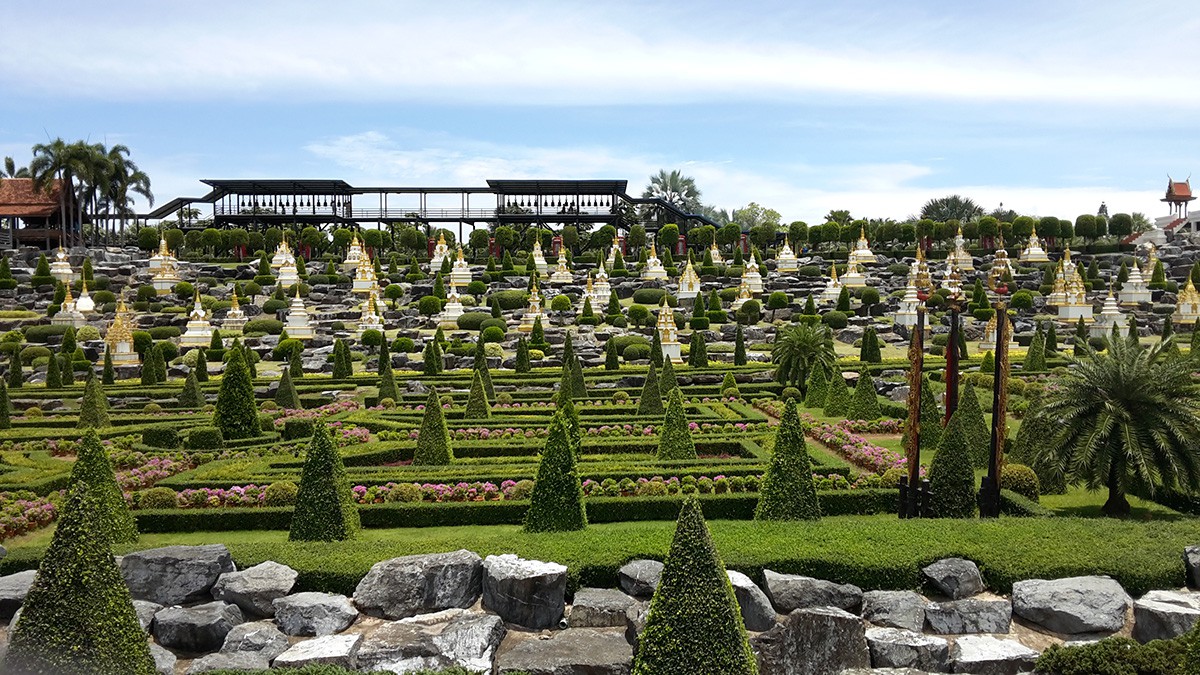 Prior to my Pattaya trip, I had already booked one of the packaged tours from Asiatravel.com. It costs me around 549 baht (that would be only RM69 after I converted the currency). The package includes the entrance fee (which itself already cost 500 baht), Thai cultural dance and international buffet lunch.

After finishing my breakfast, I took a taxi to Nong Nooch Tropical Garden. The journey took me around 15 to 20 minutes from my hotel in the city centre.

Upon arrival, I was amazed by the majestic sight of the Nong Nooch Tropical Garden. I kid you not, because the garden is unbelievably huge with a capital “H”! Before Nong Nooch was opened for public in 1980, it was originally a private garden meant to be converted into a fruit plantation back in 1954. However, the owner, Mrs. Nongnooch Tansacha changed her mind and decided to transform the land into a botanical garden instead. Apparently, she got the inspiration after visiting several botanical gardens during her trips around the world. Today, the Nong Nooch Tropical Garden has become one of the most popular tourist attractions in Pattaya. 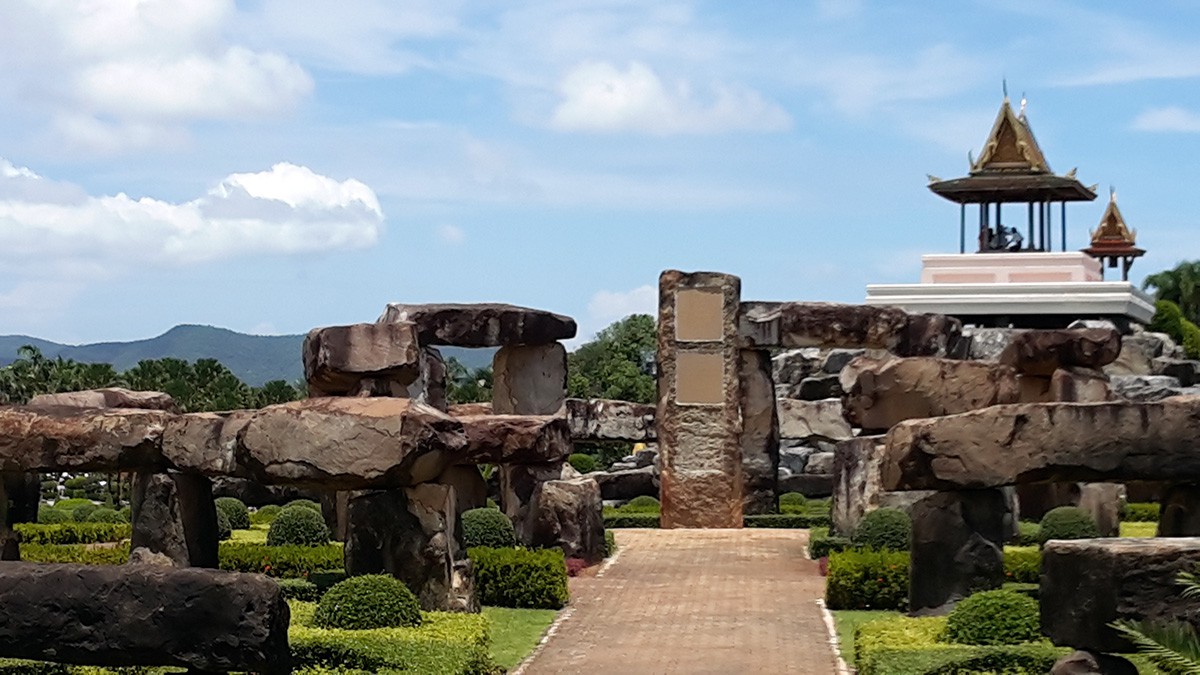 Inside the Nong Nooch Tropical Garden, the 500-acre land contains a number of different themed gardens. For instance, there’s the Cactus Garden which housed numerous cacti species in different shapes and sizes. Another interesting sight is Pottery Display Garden, which has more than 1,000 pots made of clay moulded into unique shapes. There are many other themed gardens including Stonehenge Garden, Animals Sculpture Garden, Desert Rose Garden, Bonsai Garden, Floating Garden, French Garden, European Garden and Orchid Garden. Seriously, if you’re a huge garden or nature lover in general, this is a spectacular place to be. 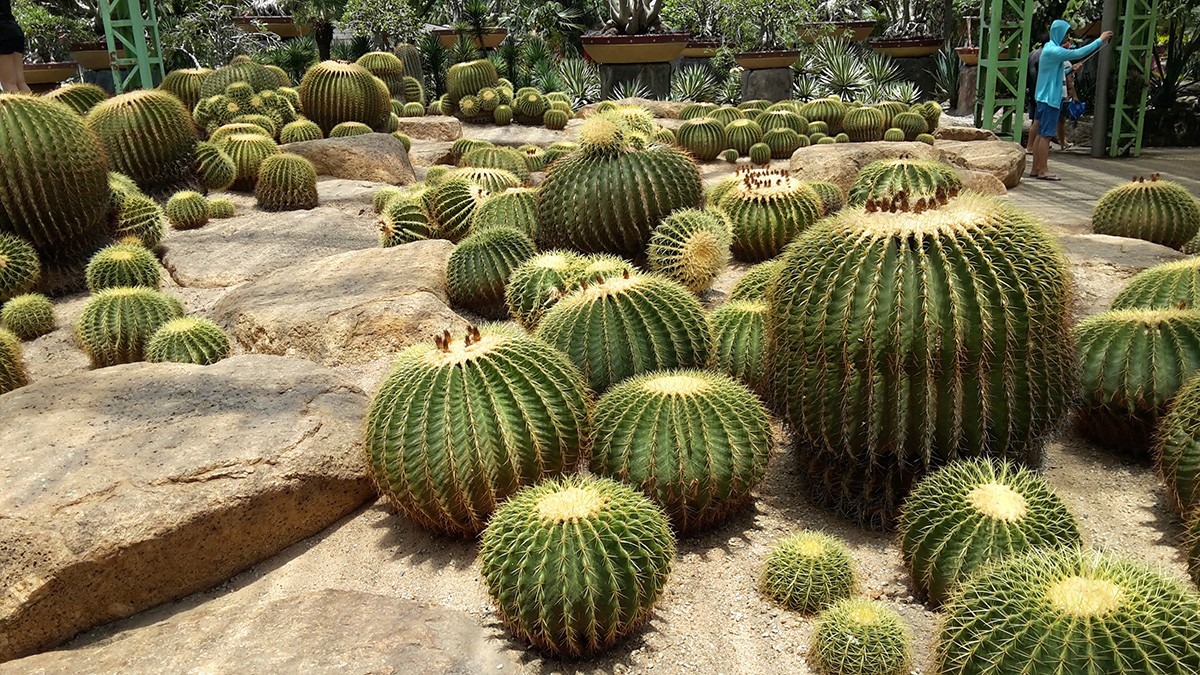 Apart from various garden attractions, there’s the Butterfly Hill. It is actually a small hill decorated with huge amounts of colorful flowers and bushes resembling the patterns on butterfly wings. Not to forget is Topiary Trees, where you get to witness different tree forms and shapes such as wild animals. The Ant Tower is another must visit. It’s a fascinating tower that contains over 5,000 colourful ants. Don’t worry, there are all artificial ants. Frankly, I must admit they look really cute. 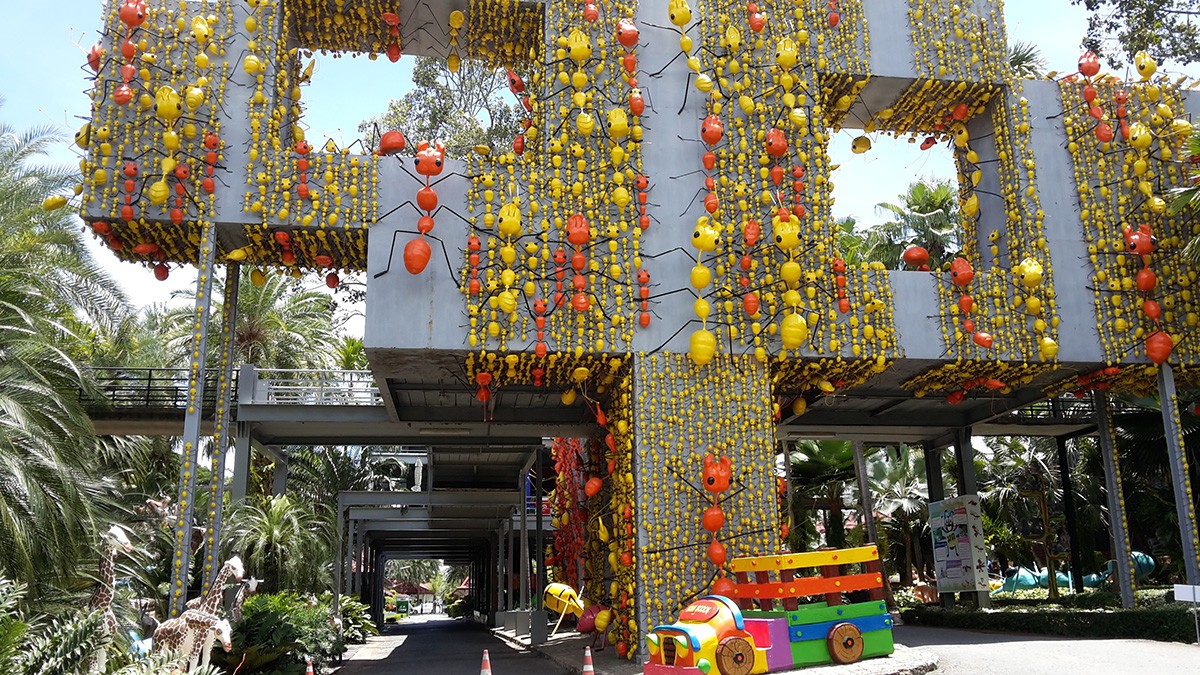 The Nong Nooch Tropical Garden also features Thai cultural performances on stage, which are showcased six times a day. The performances include a mix of traditional and contemporary dance, with elaborate setup and colourful costumes. Last but not least are various activities to be found in the Nong Nooch Tropical Garden. Among them are VIP Sightseeing Bus tour, Thai massage parlour, paddle boats and bicycles for rent. 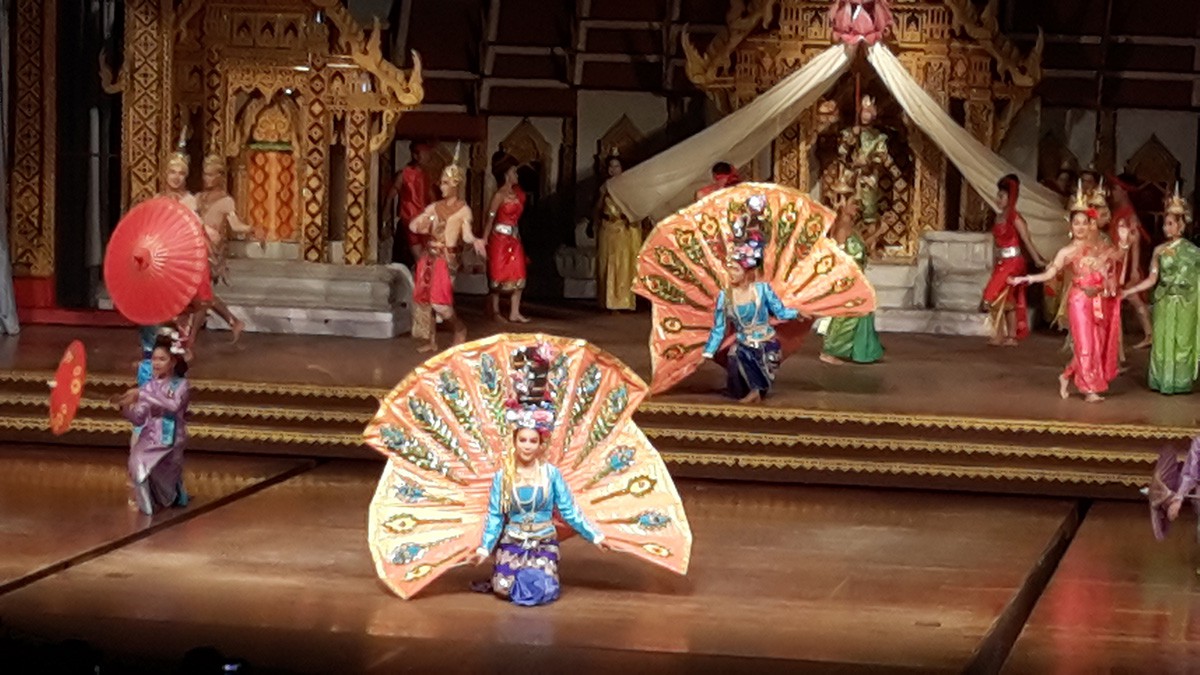 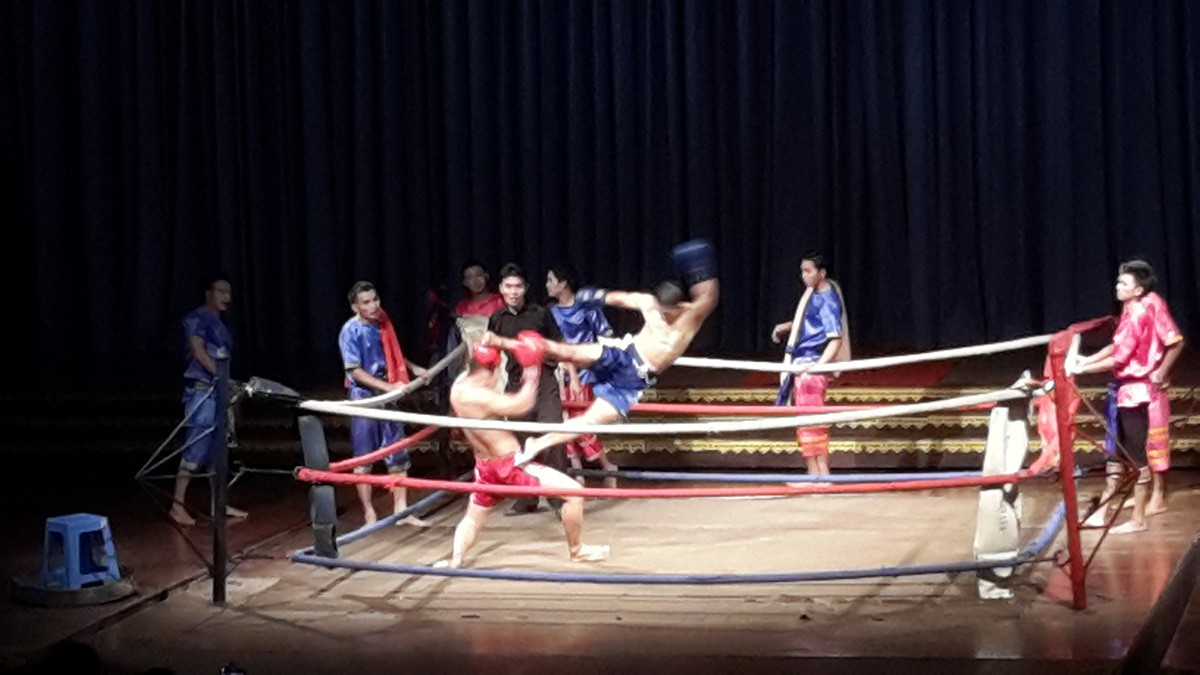 The buffet lunch that I had at Plubplueng Restaurant was great. They have a variety of cuisine, ranging from local Thai to international dishes. With my stomach filled and fulfilled, and much great adventured acquired in Pattaya, it was time to go home.