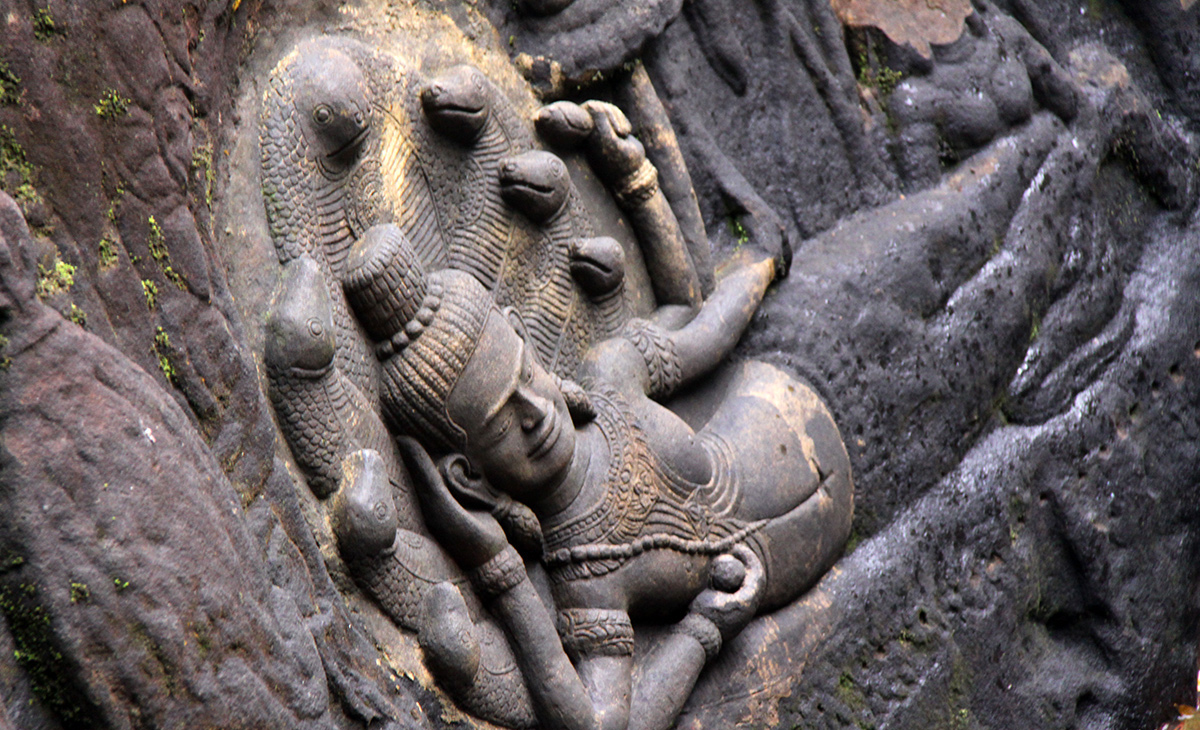 Kbal Spean (Bridge Head) is an Angkorian era archaeological sight on the southwest slopes of the Kulen Hills northeast of Siem Reap in Cambodia. It is commonly known as the Valley of a 1000 Lingas or The River of a Thousand Lingas. The area consists of a series of stone carvings in sandstone formations carved in the river bed and banks. The motifs for stone carvings are mainly myriads of lingams (phallic symbol of Hindu god Shiva), depicted as neatly arranged bumps that cover the surface of a sandstone bed rock, and lingam-yoni designs. There are also various Hindu mythological motifs, including depictions of the gods (among them are Shiva, Vishnu, Brahma, Lakshmi and more), as well as animals like cows and frogs.

At the parking a trail starts up the hill. There are several small shops where you can buy water, snacks and souvenirs. Here you also find toilets, that you can use for free by showing your Angkor entry ticket. Do not forget to take enough water with you when going up. The path is easily passable, but it can be rather hard at times, especially when it rains of immediately after it has rained. The whole climb is doable; you don’t have to be in great shape. The last visitors will be admitted at 3.30 pm; therefore we advise to visit Kbal Spean in the early morning. 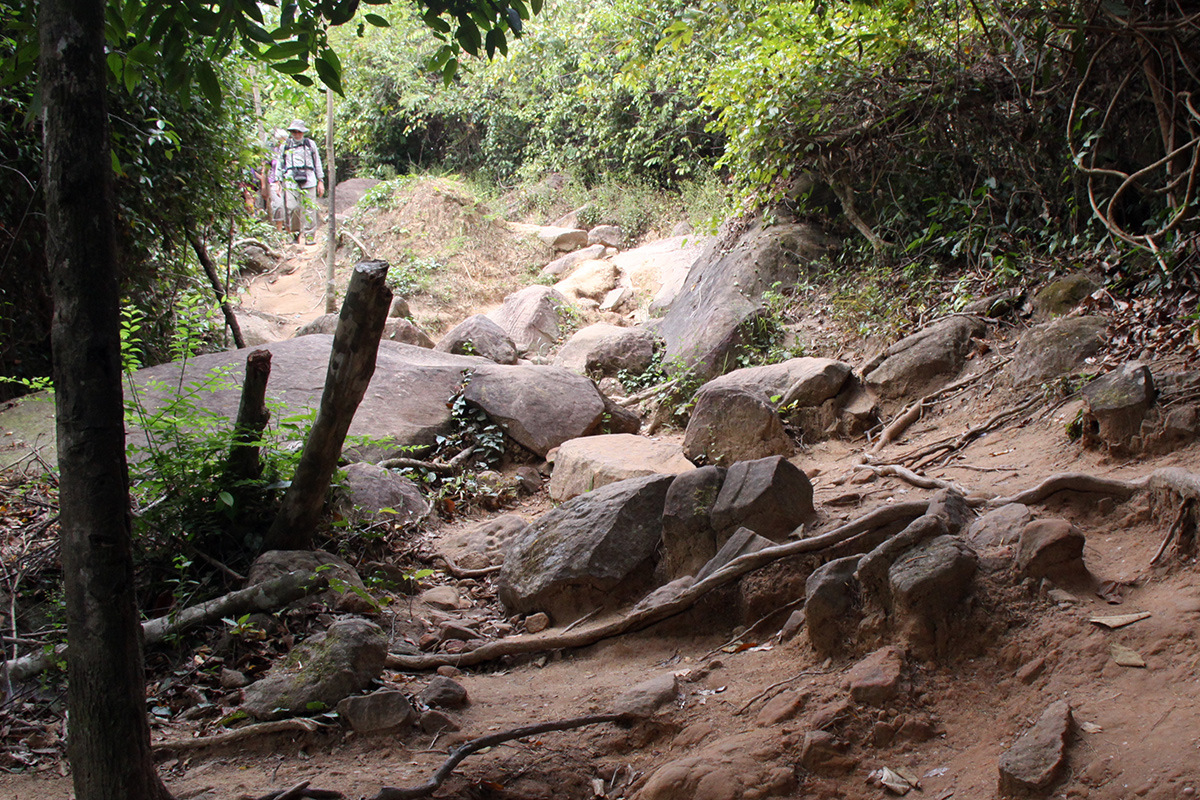 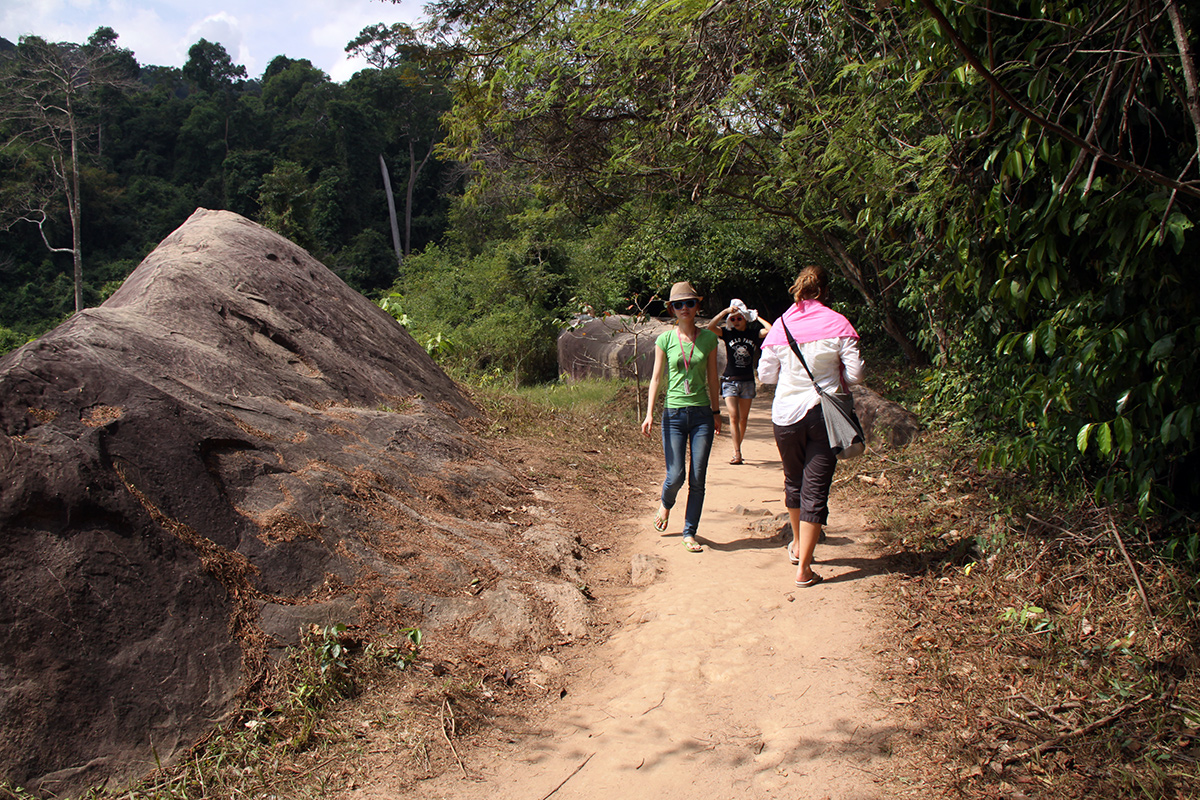 Once you are up you will immediately see beautiful images carved out of stone; in the river bed. The ‘Lingas’ (images with referrals to Hinduism) were made in the river bed to make the water fertile. This water ran from Kulen to Angkor and surroundings; where the water turned the whole empire fruitful. 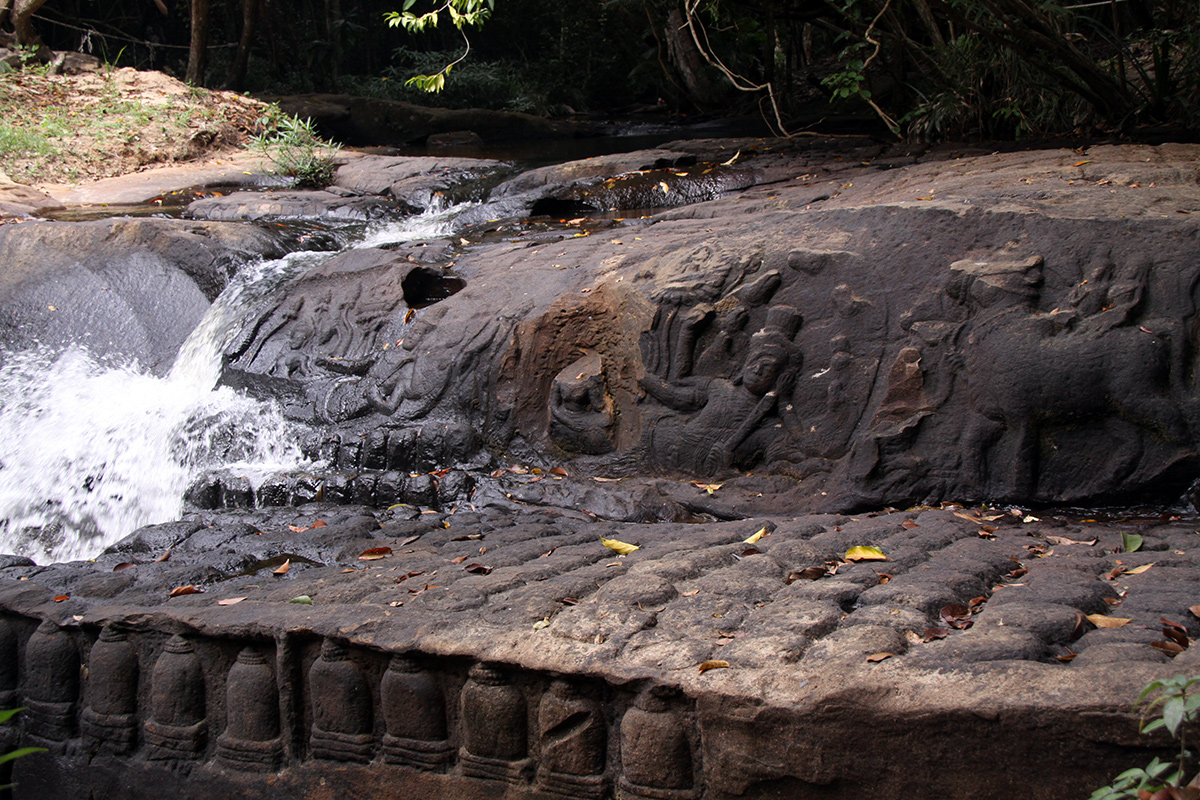 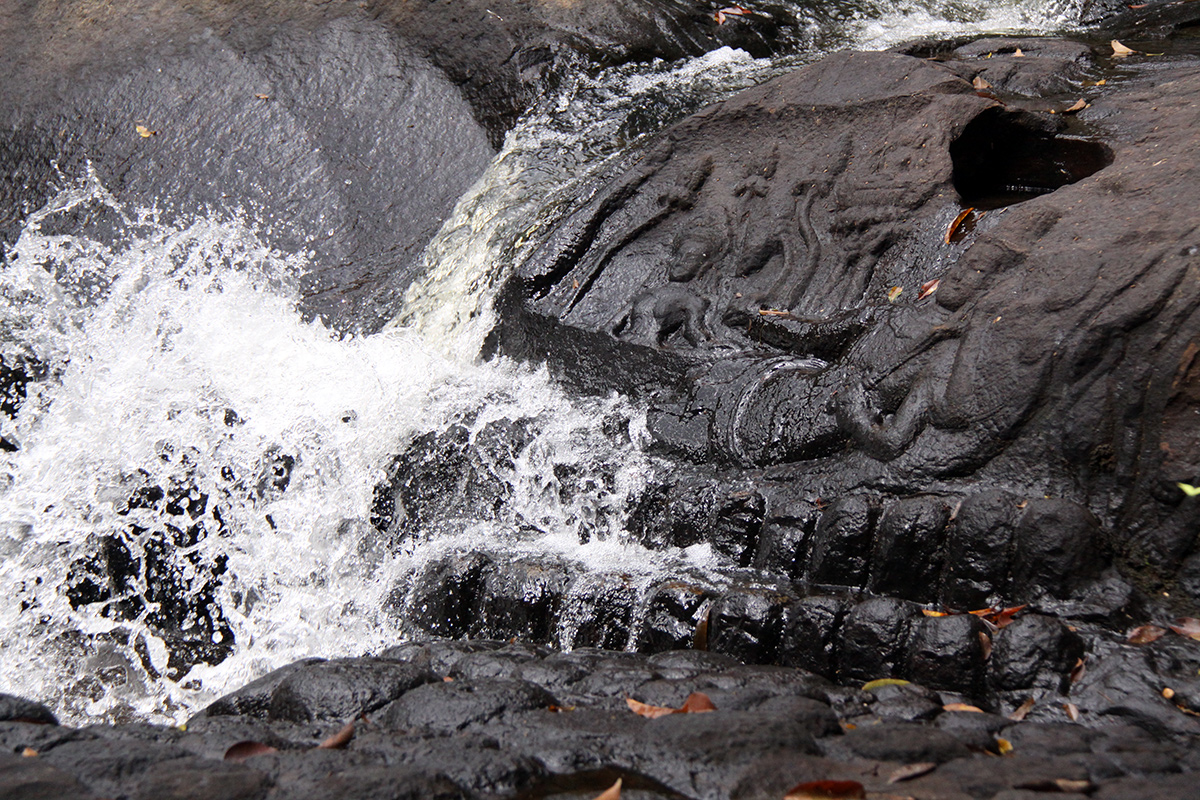 We walked on upstream for a while, but we did not see anything special. So we walked back down again; in the direction of the waterfall. As we were there during the dry season, the river was somewhat dried up. On several places, we saw beautiful images in the stones. You have to look carefully because sometimes an image does not stand out at all. 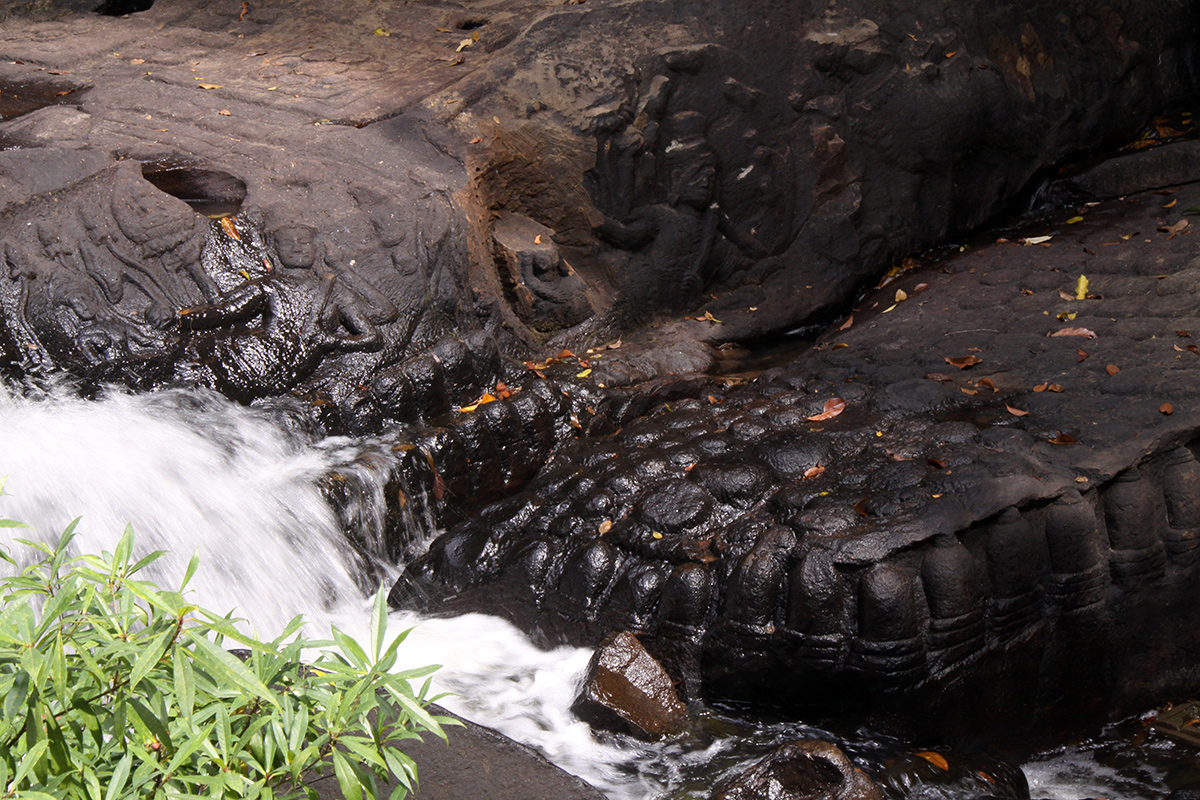 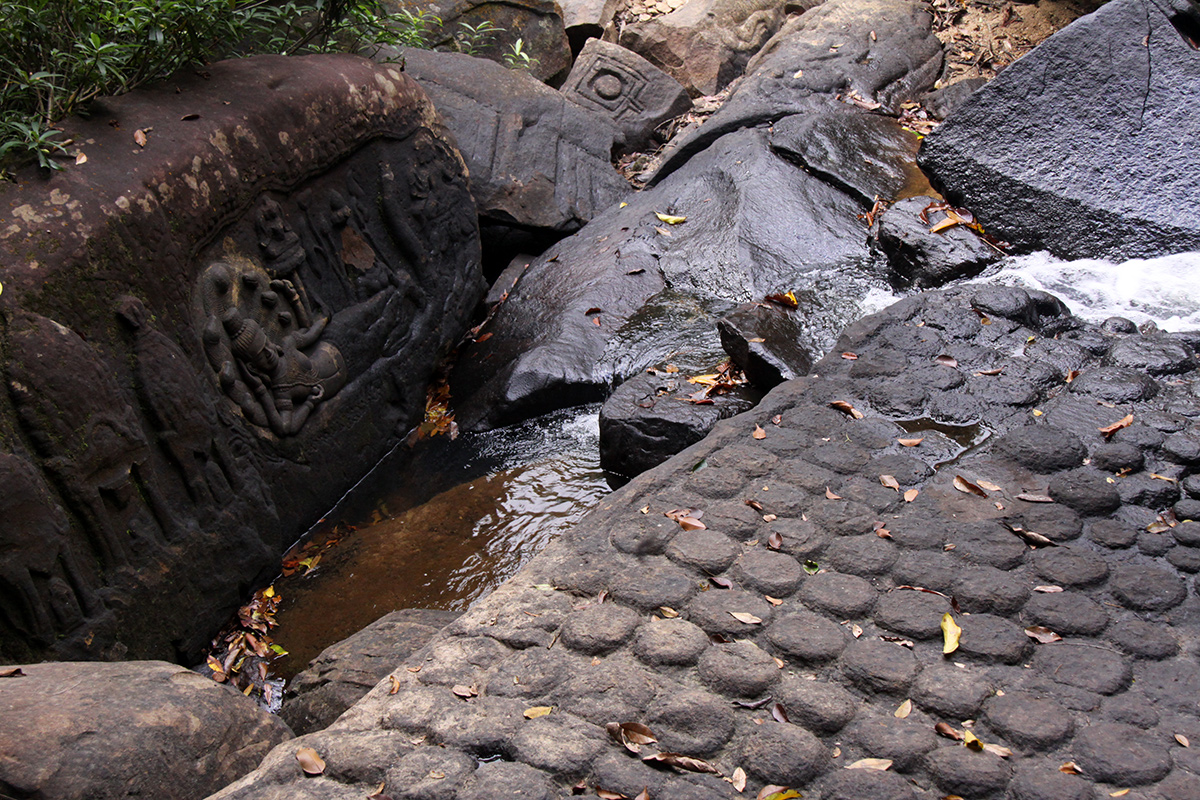 At the end of the path, you will see a gorgeous waterfall. You could say it is a truly magnificent attraction. It is something completely different from all beautiful temples, walking through the jungle is very enjoyable too. 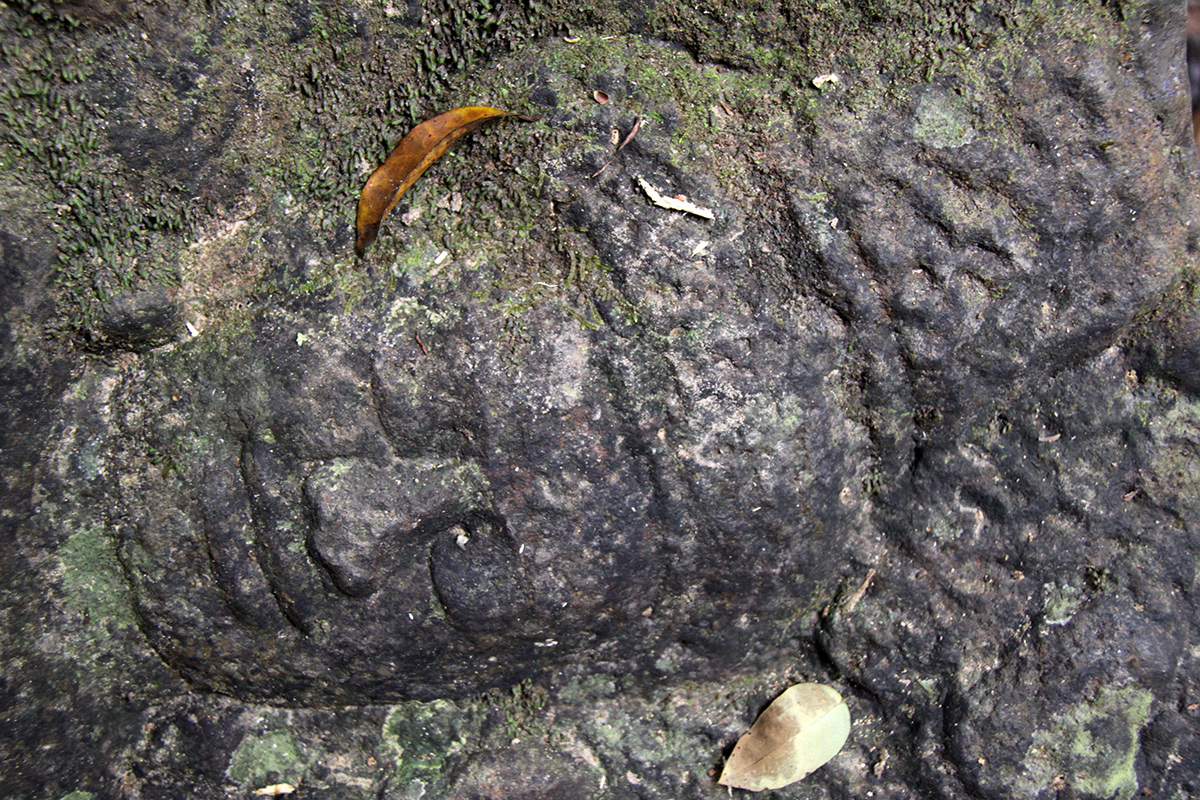 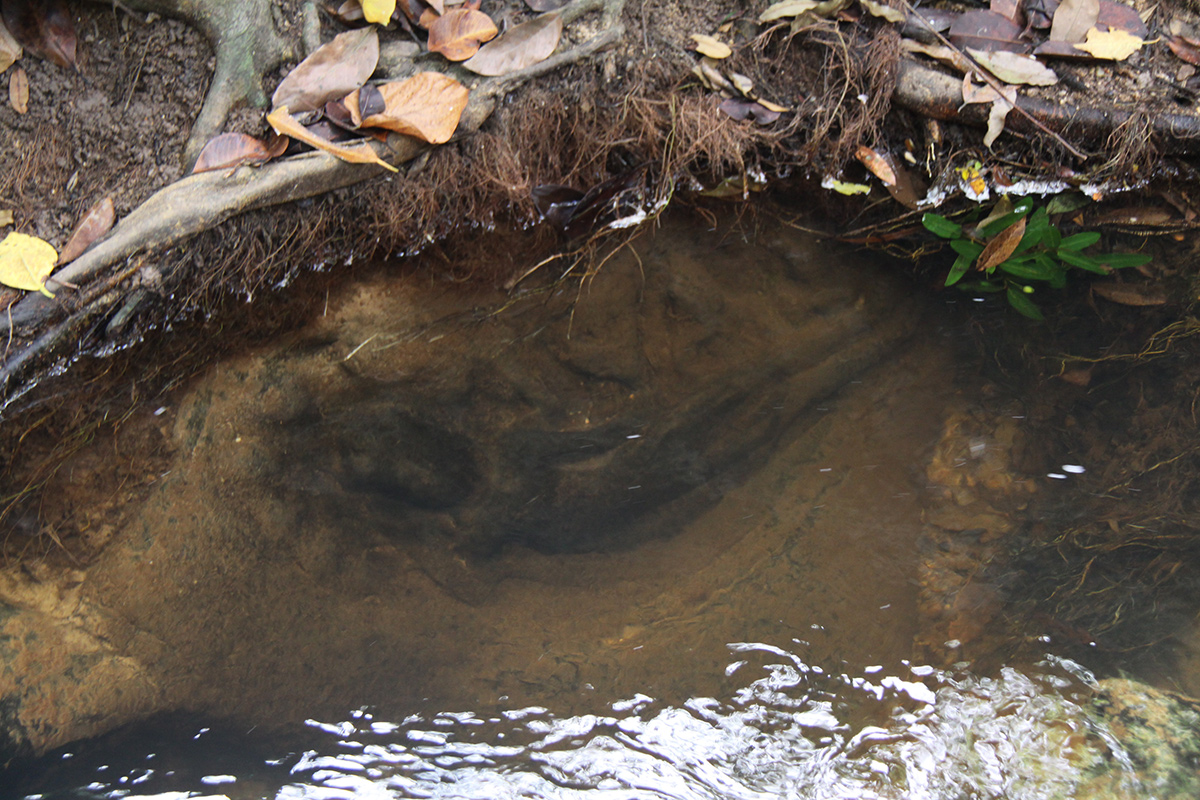 How to get there

The Valley of a Thousand Lingas – among locals known as Kbal Spean – lies in the Kulen Mountains northeast of Siem Reap. It will take you an hour to get there by car. We saw several people on tuk-tuks during our trip, but they must have had it bad at times due to the dusty environment. From the starting point (parking spot with eateries) you walk to the top part of the river in about 45 minutes. Most travelers combine a visit with a stop at Banteay Srei, another beautiful Angkor temple.

Map of the Valley of a thousand Lingas